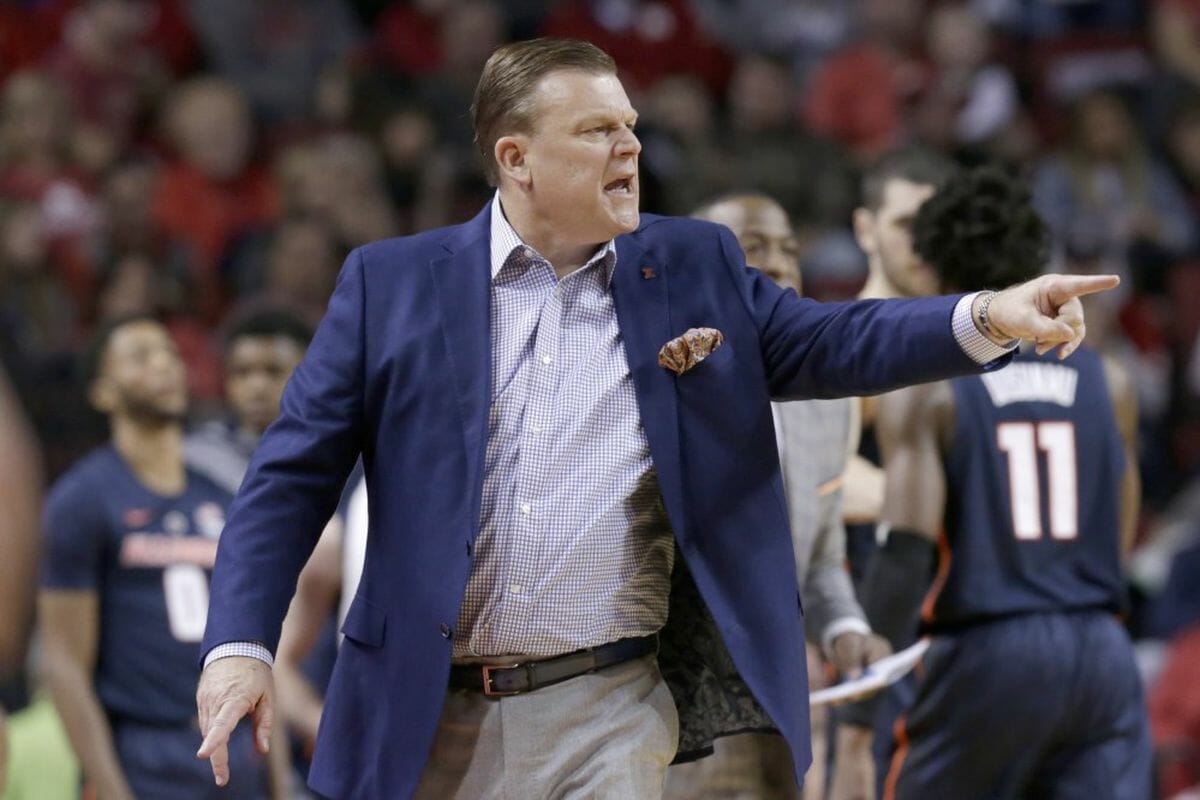 Illinois isn’t running this stuff as much as it did last year, but I think we’ll still see it. That, plus the Oregon matchup on Saturday, made it worth it to bring this post back for this week.

Spread offense sounds a lot scarier when it’s coming off the end of the football season.

I was going to ask, how could they? It seems like the initial halfcourt set requires four guys outside the paint functioning as guards/wings/cutters yet this season Bezhanishvili and Cockburn have played together most some of the year

Kofi and Giorgi have been on the court togehter for a little over a third of the time this year, FWIW. So I wouldn’t say they’ve played together “most of the time.”

I took a risk without consulting Synergy

How do you think Michigan’s drop coverage with Teske plays out against these type of maneuvers?

I know at least one high school ref who is pretty darn good!

Lol, I’ll second that. Will pick up at least one tech a year screaming at an incompetent HS official. With that said, there are several I have encountered who are quite good. It’s just insanely inconsistent, even within league/division games when you see some of the same crews.

I’m going to reply to my own comment here, is that too narcissistic or self serving? I hope not.

And, yes, I’ve had my fair share of “discussions” with basketball officials on the sidelines and from the bleachers or through my TV

, but I also get that it is a tough job, one where 50% of the fans are going to think you are wrong on almost every call, or at least on many of the calls.

So, while I always tried to “work” the officials when I was coaching, sometimes in a fairly animated and somewhat vociferous manner, I’ve tried to always be respectful, too. My players used to get a kick out of coach, fairly distinguished and in his fifties, referring to the 20 something ref as “Sir.”

Now, I will say, I haven’t always been as respectful or understanding of the officials when I was that fan in the bleachers or that rabid fan in my Living room watching on TV!

I will also say, though, that as I’ve aged, and man have I aged

, I have mellowed a bit