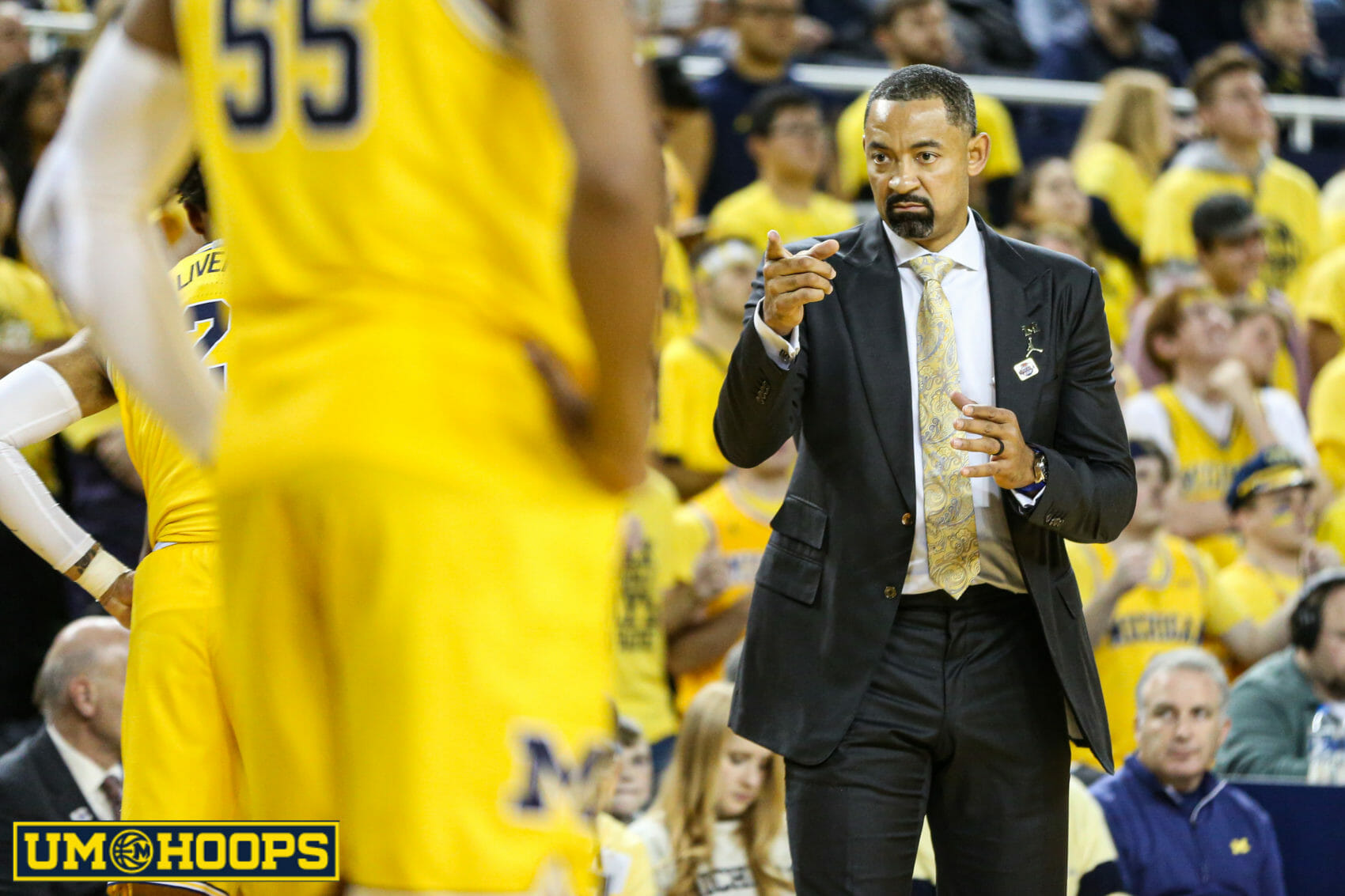 Michigan won the Battle 4 Atlantis with back-to-back top-10 victories over North Carolina and Gonzaga last week. The Wolverines were dominant on defense, especially in the paint, but their offense scored over a point per possession in all three...

It will make defenses think really hard when defending these plays.

So good; continued thanks for this series.

All of these sets, in addition to sets like Oklahoma and other 21 options, partly explain why so many possessions this year are seeing a shot attempt within the first 15-18 seconds of the shot clock. The NBA shot clock demands a quick hitting option on every set. It will be interesting to see whether the quick hit options that these sets create will be less available as teams become better prepared to face them. But, as Gibson says, there will be counters to any defensive adjustments that are made. It’s going to be an exciting season from a X’s and O’s perspective.

The players must LOVE having so much NBA action in their repertoire.

great stuff. not to be too critical of CC, but you can really tell he has a lot to learn. he’s late to his spot (not just the one time you called him out). big sleep really gets to where he is supposed to be.

Awesome article, very interesting. Thanks so much Gibson! I’m curious though, is Michigan one of very few teams running sets like this? (I don’t know much about x’s and o’s). And are the more “traditional” sets in the college game significantly different than these?

Love the X & O analysis. The narrated videos really helps, and also the sprinkling of NBA clips that demonstrate how this is run in the pros. Very excited to see we are maximising Howard’s experience and grateful we have a point and a big so savvy to be able to already run this!

Really hope DeJulius and Castleton can pick up on these ASAP and we can continue the success even post X/Teske!

This is awesome content. Thank you. I notice how many of these actions are relatively simple and loose. Like when the kids are running Dive especially, you can see it’s just getting something started without being too heavy-handed. I can see how that would appeal to a team often playing three kids who could play point guard: get the kids in position to make plays and get out of the way!

For those who don’t know, Gibson Pyper and Jordan Sperber have an episode of Big Game Pod previewing Michigan-Louisville. It’s amazing content, check it out.