Even in the little things, Michigan is still figuring out what it is 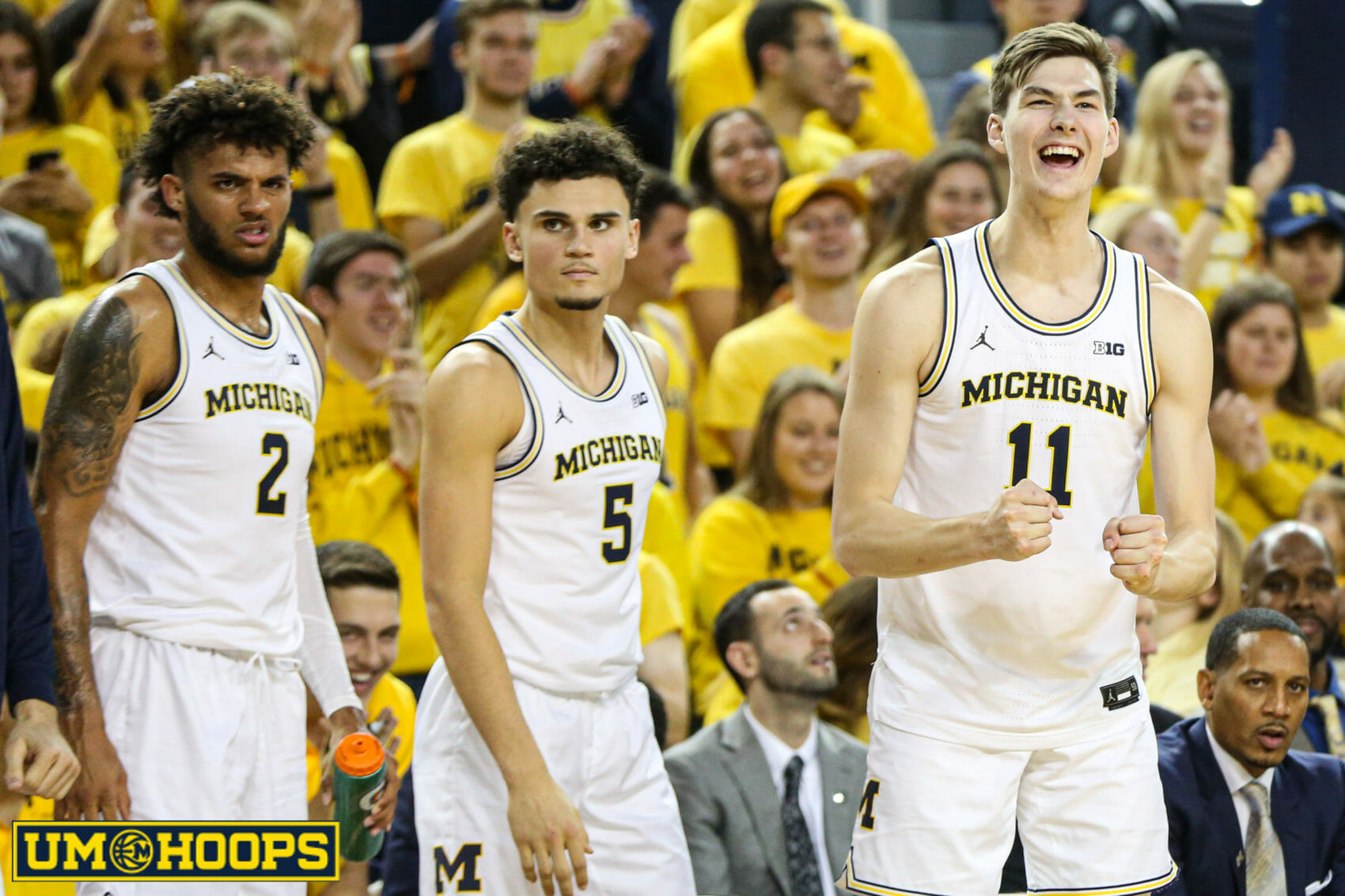 Even in the little things, Michigan is still figuring out what it is | UM...

There is some irony that, in the first week of its first season without John Beilein, Michigan basketball worked on fundamentals. Under Juwan Howard, the Wolverines have what they call “vitamins” in practice that they work on every day — passing,...

I think Juwan and this team will continue to grown through the season. I can definitely see Saddi talking to Juwan like it’s time to get back to the basics. The App st game was an impressive first half but a huge let down in the second. Hopefully this will motivate them to finish with a Creighton team coming here to pull the upset.

From the interview Johns confidence is building, which is good for this team.

I agree about BJ’s confidence growth. The same could be said for Eli Brooks also. By the way nice read as always Ethan.

Funny that Howard has brought along “vitamins.” It’s commonly used in the NBA to describe specific, tailored individual workouts that players do, usually with assistants. I know Gregg Popovich, Mike Budenholzer, and Randy Wittman use(d) the term.

I was just thinking about Franz and how much that injury burns. It’s never good to lose anybody but losing the starter at our weakest position really burns as there isn’t an option to turn too. Honestly livers and Johns at the 3/4 makes the most sense for me with Nunez coming in to steal 10-15 a Game canning threes sounds good.

What makes me bitter about this though is with how good/ competent eli looked it’s very frustrating we might not get Franz at his peak potential this year. With eli looking like a reliable shooter/ playmaker along with his always solid defense we suddenly had a very formidable starting five. It remains to be seen if eli keeps it up but I firmly believe he will. Dropping 24 a night? No, but a guy you suddenly can count on which answers a huge question mark in the lineup.

I’m praying franz acclimates quickly and the injury doesn’t interfere with him shooting at his peak potential when he returns which appears to be very mean stroke. I was very confident franz was going to have an iggy like impact. Different style of player but in terms of being one of the top frosh in the conference and his overall impact on the team/ winning I was expecting something similar.

The thought of z getting into the lane at will with eli , franz, livers, and teske standing around the perimeter ready to fire brings a smile to my face.

Hopefully this dream still occurs but it’s a bit less likely now and will certainly cause more bumps in the road / struggles along the way.

So, given our makeup, what’s the better outcome: a hot start and 12 wins in B1G, but not knowing which Michigan shows up…or we struggle a bit early, really learn to play the new system by February, and become very hard to beat by Tourney time? I’m for a season of growth…would make it far more interesting to me.

Definitely the latter for me. It would also give recruits a more definitive understanding of what they’d be committing to, which I can’t see as a negative.

The junior guard is using visualization as a key to his early-season success.

Very interesting. I believe it helps. He had a mental block going it seemed and his confidence wasn’t there. Through one game it appears he lifted that.