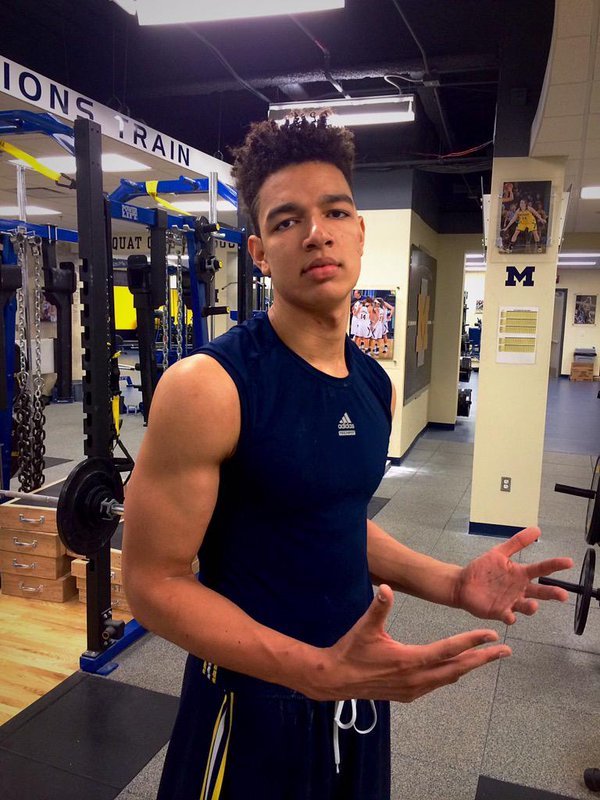 With all credit to @CampSanderson. The offseason is all about progression. From 215 to 238 #summerisSERIOUS pic.twitter.com/d3sT6OGDnp

Highly impressive improvement! Wilson is going to be great player for Michigan.

He’s going to have to change his twitter handle.

With all due respect guys, MattD has already told us Wilson won’t ever be any good, so don’t get too excited.

(And Matt, before you get upset, I’m kidding).

Before last year, I thought he had the highest ceiling of all the freshman, and I still think it today (although Dawkins is a very close second). May take him a couple years to get there, but I think he’ll show some flashes this year. Hope he has a few games where our opponent’s fans think to themselves “Who IS this guy???” after a few blocked shots or being on the receiving end of an 'oop.

Very very promising. If he can maintain weight, he’ll be really valuable and easily win minutes at C. That length man

Weight gives him a tool, but more so I think DJ just needs more energy and to embrace playing hard every possession, especially in terms of rebounding and finishing…needs to play with a purpose.

We have several players that will transform their games if they embrace playing with more energy and purpose—as MattD suggests. Sometimes gaining 25 pounds of muscle will change a players mindset…DJ is roughly the size of Adrian Payne and Frank Kaminsky…Hopefully he realizes this fact,loses the twitter handle, and plays like a beast (with skill)!

IF DJ and Donnal are going to contribute, getting that weight on is definitely the 1st step.
As MattD mentioned, the 2nd step is actually using it.

But it wasn’t good if DJ was actually 215 and Mark was sick running around 220.