I know I keep saying this but I just don’t see a way Jordan Poole isn’t in the rotation. “Passes like a 1, shoots like a 2”… Were relatively thin at the 2 & 3. Kid’s gotta play.

Dude…Currie didn’t just show up anywhere. Currie just reclassified from 2019 to 2018, so he won’t be “showing up” until next year.

Oops, can’t argue with that. Forget the Currie comment.

A few thoughts on this.

First, if we have an eight man rotation, it would not surprise me at all if Livers is not part of it, and if Poole or Watson fills that spot. Especially if Wagner is going to play some minutes at the 4, I can easily see Matthews shifting to the 4 and one of Poole or Watson taking minutes at the 3. Don’t get me wrong–I think Livers is going to be a very, very good player in time, but he may not be as ready to step right in as is Poole coming off a year at LaLu, or Watson with a year in the system. We, as fans, tend to look at how people fit from the standpoint of traditional positions, and Livers certainly looks more like a 4 than anyone else we have. But Beilein has established that he does not look at things that way, and is more inclined to play his best/most ready players at the 2-4 spots than he is to shoehorn positional requirements into his rotation.

Second, if there is ever going to be a year where the rotation expands, this would be the one. One of the reasons Beilein constricts his rotation is that there are guys he simply doesn’t want out of the lineup for more than a few minutes a game–Walton, Irvin, GR III, Stauskas, Burke, Novak, etc.–which leaves limited minutes remaining. I’m not sure who that is this year. It won’t be Mo–bigs don’t play that much (fatigue) and he gets into early and frequent foul trouble. It won’t be Duncan or MAAR–they too get into early foul trouble, and neither is so much better than their replacements that you’d rather play them tired than others fresh.Maybe Matthews or Simmons, but I think that’s unlikely too. That leaves extra minutes to fill…and a greater likelihood that they’ll add to the rotation by making more situational substitutions.

Yea I gotta think Poole gets some minutes. I think it’s huge that he’s grown two inches and 20 pounds.

My take away from Beilein’s interview is that Livers has an excellent chance not only of playing but of starting. That doesn’t mean he’ll play more minutes than Duncan but it would also not be surprising if Beilein decided he prefers Duncan off the bench. Poole and Duncan coming off the bench could create serious problems for opposing defenses.
That would mean at least a 9 man rotation but I think that’s likely this year with Simpson, Poole, Livers, and Davis all bringing something unique to the team.

The last time I saw Poole play, in one of those ridiculous all star games that vaguely resemble basketball (he was wearing some ridiculous bandanna thing during the game), he still looked too slight to deal with the physicality of the Big Ten. Now if he’s made strides from then, okay, but I need to see a significantly different body before I’m ready to believe in him as a regular contributor. Even his legs didn’t seem strong enough to deal with the fast, nip and tuck league play - there’s only so much striding you can do at the top of the D1 level, unless you’re Russell. Now Spike utterly transformed his body from those full game you tube videos to the day he put on the uniform, and I was wrong about my concerns about him because he just wasn’t the same body type once he got to AA. Hope Poole is making those kind of strides. Not trying to be negative nellie, but it’s a concern for me.

The two things with Poole are: a) his frame, just like you said and b) decision making. I think there will be a learning curve to make the right pass and take the right shot rather than go for the homerun plan every time down the floor. That being said, his body has always kind of looked under developed and it will be interesting to see how much progress he can make this summer.

I like Poole’s game a lot and hope he can get productive minutes. But I think Poole will have to prove that he can play defense and consistently to get much time. I see situational minutes to open floor for needed three point shooting.

Poole will have to improve his body but the year at LaLu and the summer in A2 will have him way ahead of what we saw in the past. I also think he’s one of those guys that moves casually and makes things look easy so his athleticism gets undervalued. But he will likely be one of those guys who will really benefit from the summer between freshman and sophomore years. Still, if he’s not getting minutes this year, I think that will mean something very good about the guys who are getting run. 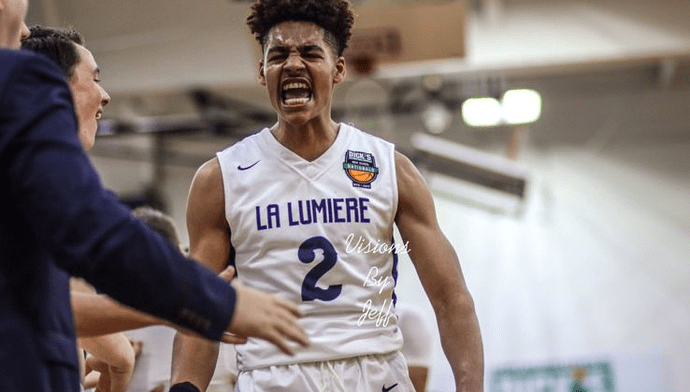 I know I keep saying this but I just don’t see a way Jordan Poole isn’t in the rotation. “Passes like a 1, shoots like a 2”… Were relatively thin at the 2 & 3. Kid’s gotta play.

To some extent you have to set aside High School performances and go based on limited College practice info. And based on the article that started this thread, the comments by Coach on Poole sound more tepid than the comments on other options for the rotation.

Compare to a fellow guard:
“He’s sneaky athletic and will go up and punch-dunk on someone at 6-feet if he has to. He’s really an elite athlete, and we love coaching him. He’s a quick study. He learns things very quickly.”

And take in to account these comments on a third freshman:
“Beilein said valuable sixth man and sometime-starter Duncan Robinson will vie with freshman Isaiah Livers to replace Wilson up front”

It sounds like Livers and Brooks have assimilated to the College game quicker than Poole, thus far. There’s still time for things “to click” for Poole, but if you’re looking for hints on how the lineup would play out if the season started today, I think those are telling comments from Coach Beilein.

If your take is accurate, then they might have JP doing extra time in Camp Sanderson during the course of the season.

These comments in the article pretty much flipped my opinions on playing time for Poole and Livers ---- and actually have me wondering if I was too quick to discount Brooks as an auto redshirt.

Beilein’s comments on Poole may just as easily mean he doesn’t want to create too high of expectations. I’m sure he’ll need some time to adjust, much like Stauskas who also came in super skinny, but that doesn’t mean he won’t still have a significant role as a sniper off the bench.
Livers is getting the chance to compete for a starting role in part because Duncan may be better off the bench and also because even as a freshman he may be best equipped to defend bigger 4s.

I can see Beilein red shirting Bigs. But I would be surprised if he red shirts any guards and not sure I would want him to as you look at future recruiting classes moving forward. Usually these things work themselves out with transfers, draft, etc.

I think we’re reading a tad bit too much into Beilein’s comments. He gave a couple sentences about each one and practices haven’t even started yet. Trying to figure the rotation out based on Beilein’s fairly vague comments is not going to be very accurate.

Yes, you’re right ---- and I’m sure coach opinions are extremely fluid this time of year. But it’s August and there’s not too much else to discuss. So pretty much an exercise in entertainment?

You left out the last couple of lines about Poole for some reason: “He passes like a 1 (point guard) and shoots like a 2. I think he has instincts like a 3.”

Meanwhile, you left out the first couple of lines about Brooks: “Eli is the consummate point guard, but because he is such a very good shooter he could play off guard for us. He sees the floor and really is a pass-first guy.”

I really like Brooks, and maybe he’ll play more than Poole, but to do so he’ll either pass X or MAAR or they’ll play exclusively Brooks and X off the bench in the back-court. As for “we’ll see where he’s at in college” and “he is going to have a chance to play at the 2 or 3,” the perhaps most literal interpretation is that he’s going to play those positions and we’ll see – when he plays – how well he can shoot it in college.

In any event, parsing this these couple lines for big takeaways is probably a fool’s errand.

Yeah. Time will tell. Just going by a couple of La Lumiere games I saw a while back, Poole was was a good shooter, passer, and actually a little quicker than I expected. Also seemed to have some dog in him. Figured he was destined to at least be in the rotation. We’ll see what happens.