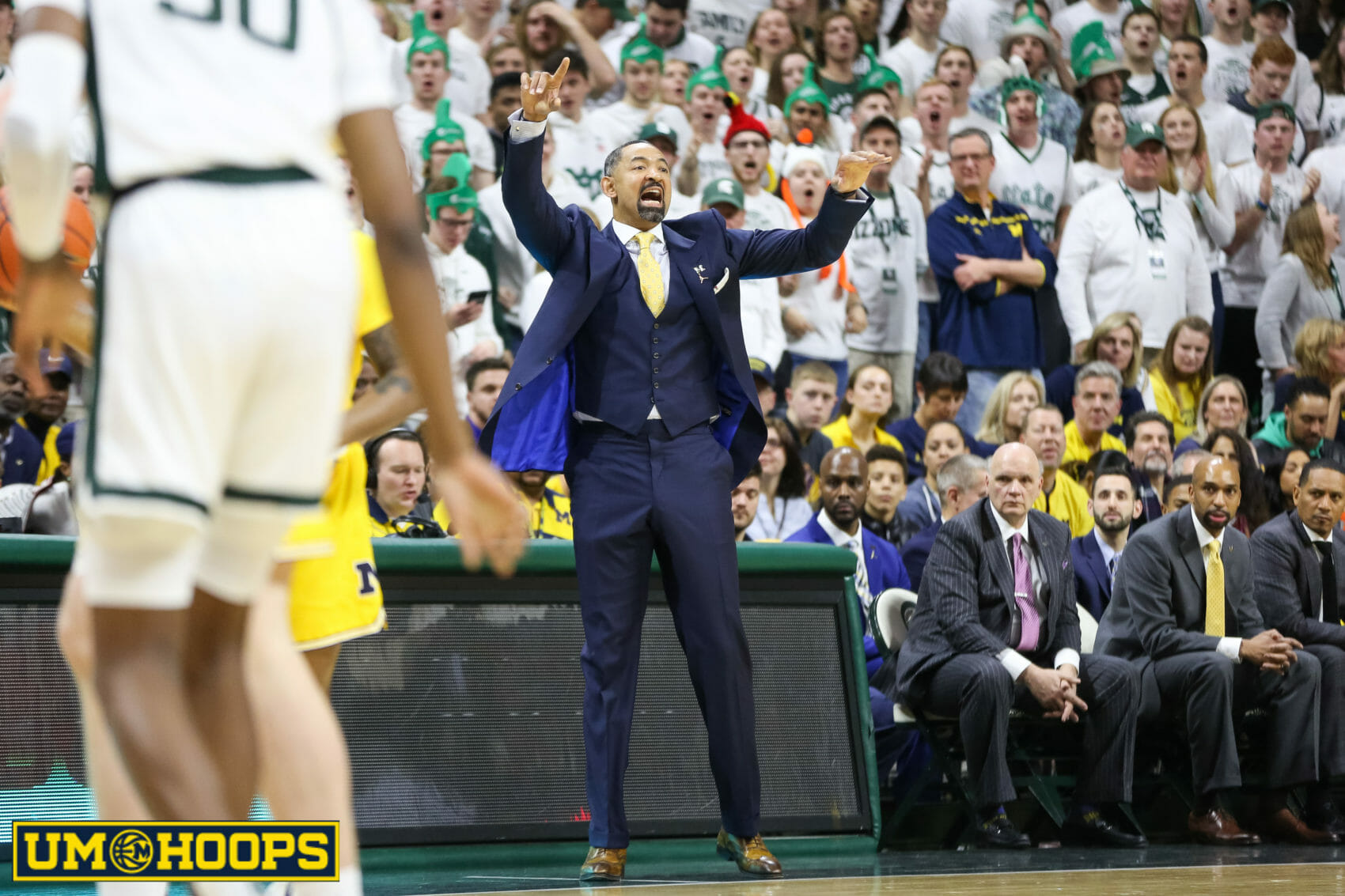 EAST LANSING — Cassius Winston has a way of getting back down the court after a big shot. He hops and swaggers, backpedaling and smiling. Sometimes he extends an arm. Sometimes he just lets the noise rain down on him, with no prompting.  With 30...

Eli, DDJ and Castleton have to step up. During the tournament run they seemed unstoppable and brought a lot of the bench. Lately they’ve been shadows of theme selves almost in a slump.

Winston had an amazing game. A career game in fact. Michigan has defensive woes which need to be addressed for certain but I’m not sure how many other teams have a 1-2 like MSU does with Winston and Tillman. We saw Garza go off for 44 but that effort concluded in a double digit loss. Is it still possible to hold serve at home and split on the road assuming Livers returns within two weeks? I think so.

Shudder. Done reliving it. Curious as to what’s next.

Dylan referenced that of Winston’s 13 career best games as a ball screen/ISO scorer, 4 have been against Michigan.

Still ironing the wrinkles out of my cord-cutting experiment (anyone know where I can find a replay of the broadcast? “CBS All Access” doesn’t provide that sort of access, apparently), but I think it’s notable that the staff evidently rolled out a new defense here in game 14. Because we’re seeing Howard as a head coach for the first time, we don’t have enough context to interpret whether this is a reaction to losing an experienced starter, seeing the defense slip lately, or just another adaptation to the strengths of his team.

Will Juwan tinker with his defense all season long, or is the best way to improve to focus on better execution of the base scheme? Of course his preference would be to play multiple defenses well, but as the reality of what is and is not possible with this team sinks in, he’ll have to make choices. We’ll see what they are.

I think Tillman is great at cheating his ball screens out. He sets position. Then hop-slides. Then he pivots and gets in position to pretend to run to the hoop which forces defending guards to take a very disadvantageous angle aground him. In my mind it is a moving screen X2. Our ball screens on the other hand are half screens. A great deal of Winstons success is Tillman’s masterful ball screen game. I think we need to be a bit more savvy about combating it.

One thing MSU does (and I think we should try) is they have their bigs push the ball screener into the defending guard, when the defending guard wants to go over the screen, if the offensive guard is a 3 point threat, to draw offensive fouls. Pushing Tillman is not easy but it is easier if he chooses to cheat/ hop-slide. It exaggerates the moving screen enough that it creates an offensive foul. Our guards need to be more willing to take contact from the screener and exaggerate the contact. The other advantage of initiating contact with ball screening Tillman, for example is it throws his timing / foot work off in the ball screen he is setting. Right now it is pure timing with him and he does it perfectly.

I also feel like x plays Winston way too flat. He might try forcing Winston out a bit more by enticing him to drive the ball away from the screen. Maybe he tried this before and got destroyed—I don’t know—haha.

Not sure if people agree. These are just observations/ ideas I wanted to throw out there.

Though we’re deeper into the season and such losses are painful, I think we have to see this game in a little bit the same light we saw the period during Wagner’s injury–the team figuring stuff out and less-used players getting some confidence while we wait for the team’s best scorer to get well. Livers is a good defender, too, we had no spacing, MSU and Winston played lights out. I think this is one a good coach urges players to learn from and forget quickly.

None of us saw this team as world beaters early on. The hope now should be to draw the highest seed possible and to gel as the season progresses. The next game against MSU is in Ann Arbor a month from now. Every other team we should have high hopes of playing to the wire.

I think the guys get rattled way too early which becomes frustration leading to going back to bad habits on defense instead of just bearing down. Purdue only scored 37 pts against Illinois last night which should be encouraging for Thurs for M. FWIW Josh Chistopher’s dad said he and Josh were really impressed with Juwan and staff and the all around M campus experience. They still have no other visits scheduled at this time.

Castleton needs to hit the weight room before playing against a physical team such as MSU. I’m glad Davis is getting a chance to play, something I don’t think Beilein would’ve ever considered.

I really thought the defense and grit would carry over this year and we could win a few ugly games even if the offense went flat. I have hope we can get some of that back…having Livers out certainly hurts. I guess I underestimated the value Charles brought to the team.