Beilein, yet again, hinted at giving Billy Donlon significant impact on the defense. Figure this could be a good place to talk about defense, the pack line, what is realistic.

I know people don’t think Beilein changes but he really does tweak things. Size on the roster, makeup of the roster, ball screening, etc.

I’m excited to see what he and Donlon can do with defense.

My first question is this: What are the main rules/guidelines of packline defense?
…Is the idea to prevent dribble penetration? (Yay for Duncan!)
…How do you prevent giving up a bunch of wide open threes and/or getting caught up on screens?

I think it is meant to prevent dribble penetration, by leaving a cushion of distance between the defender and who he is guarding, and then well-established rotations are meant to block passing lanes. And the packed “line” is close enough to the 3pt line that there isn’t a ton of distance to cover on closeouts.

Thanks - what are the main differences if you had to put our current defense into Category A vs Category B (pack line)?

In other words, it SOUNDS great (stop dribble penetration, close enough to challenge 3s, get in passing lanes) but isn’t that what our defense is “supposed” to do now? Is it different helpside rotation? What happens when Duncan breaks too far to challenge the 3 and gets beat on dribble pen? What happens if they’re ball screening or setting a screen for a shooter off the ball? Any thoughts?

Here is a very lengthy description of the packline defense: 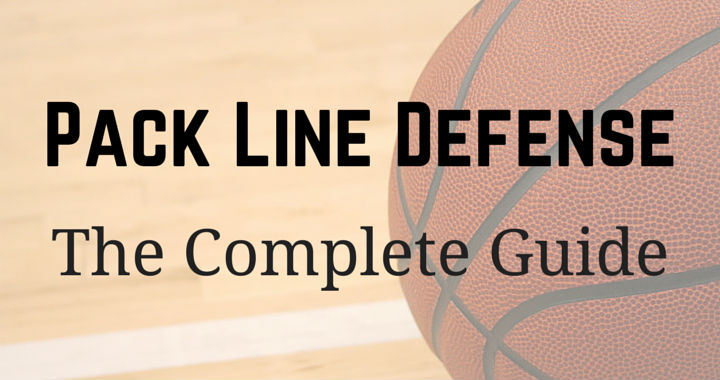 The Pack Line defense is a 'team' defense and can be implemented on any level. From youth basketball all the way to the NBA. 2,500+ word coaching guide.

The basic difference from usual man to man is that off ball defenders are more packed in and not closer to the player they’re defending.

The main strengths of packline come from defenders being packed in – already in position for help defense, prevention of back door cuts, in gaps, etc.

The main weaknesses also come from defenders being packed in – e.g., particularly in today’s game, they have to close out quickly on the perimeter to avoid open 3s, but they also have to do so in away to avoid penetration. And it’s probably more complicated, especially to players who haven’t done it much, to remember where to be off ball.

I wonder if we have the proper speed and athleticism to closeout on shooters. I know that Duncan and DJ are long but if they’re coming at Nigel Hayes he’s a pump fake away from them being in the crowd.

Thanks!! I used to coach both in HS level (we didn’t call it those terms) and really prefer the Pack Line.
Obviously you can get burned by 3 point shooters but those things can be adjusted for really good shooters.
The other thing are back side screens - I can see our guys getting caught up on those really easily but the benefits outweigh the faults.

Do you guys think we’ll see much zone? I know JB has always loved to mix his defenses up…is this potential defensive transition something that will take away from our guys honing in on the 1-3-1 or his various 2-3s? (and yes, I realize that we have been shifting away from those zone defenses in the past 4 or 5 years considerably compared to what JB used to deploy)

Wisconsin doesn’t have the best athletes in the conference and they almost always have a very good defense. A limited athlete can still be a good defender with good technique and intelligence.

This whole thing is a fascinating issue.

It’s not just about Donlon having some autonomy when it comes to strategy. Is Beilein also going to permit a more physical approach to defense, given that Donlon’s teams were much more foul-prone? That would also mean being more tolerant of guys picking up fouls—especially since this doesn’t figure to be a deep team.

It all seems so counter to what Beilein is about. But then, he hired the guy. He wouldn’t have done it, presumably, if he weren’t indeed on board with big changes.

This emphasis on not fouling being a negative is interesting because a couple of years ago there was a lot of focus on how Ohio State was so good at avoiding fouls (and was still a great defense).

I don’t think any coach wants his team to give up free throws at a high level, the big question though is whether they can force turnovers and put teams under pressure.

The pack line isn’t really known for that… (See Wisconsin, Virginia) which makes that stat an anomaly from Donlon’s teams.

My impression would be that the general reaction against not fouling has developed after years of watching matador defense, where the guys seem to have a strong inclination to get out of the way and concede baskets (if they can’t take a charge). Seemed (just my impression, no data here) that opponents curling to the middle from the wings especially could get to the rim at will. I’d like to see more physical contest inside. A bit of backcourt pressure wouldn’t hurt either.