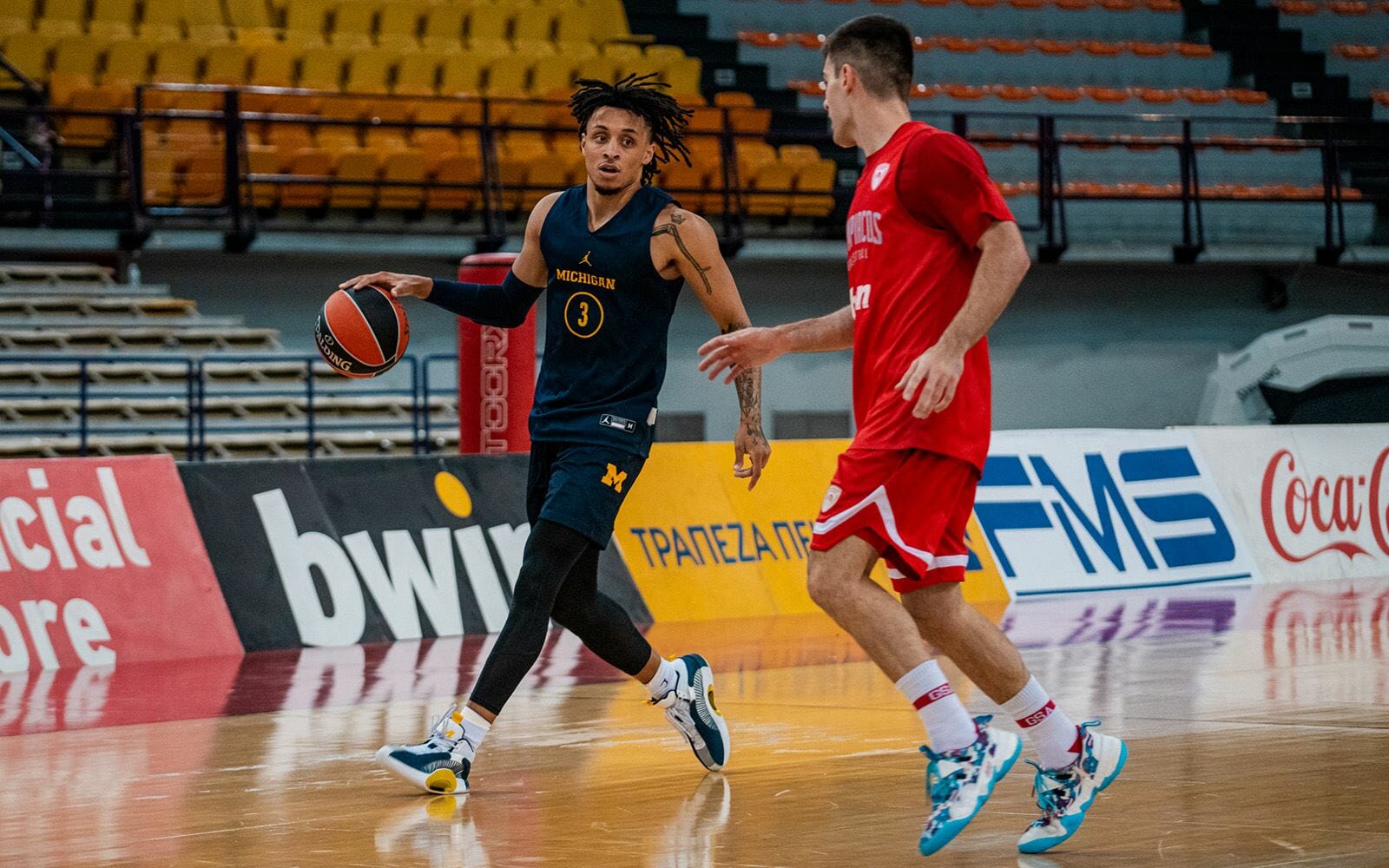 With the official start of practice less than a week away, UM Hoops and Inside the Hall have once again partnered to bring you our annual preseason breakdown of the top 25 players in the Big Ten. The series is broken into five parts and our first...

Really hard time with this top 25 list this year. I’m pretty certain that there will be players outside the list who end up in the top 15, but I’m not really comfortable saying who they will be. Should be a fascinating year.

I was gonna say the list gets short real quick this year. Had to be tough to get to 25 with any kind of confidence

Tbh, I didn’t think the guys on this list were particularly weak for that range. Maybe Tony Perkins, but clearly Dylan is forecasting a decent jump

The hard thing for me is the separation between groups this year. There’s pretty clearly a top five or so but 6-30 could shake out in a lot of different ways.

Jett Howard, Skyy Clark, JHS… I wouldn’t be surprised if someone like that is top 15 at year end. But at the same time, there’s no obvious McD AA with a cookie cutter role at the top of the pack who you can say he definitely belongs in that group.

I’m not crazy about Race’s fit at IU, but hard to say he isn’t a top 25 player in the league. Basically a double-double guy and good defender on the best defensive team in the league last year. We both had him in the 20s, FWIW.

Tough list to be sure. I understand why this part of the list favors the “steady old guys” instead of the “wildcard freshmen.” But not having any of the higher ranked freshmen (Clark, Howard, JHS) is probably going to look bad by the end of the year…though I have no idea which one I would pick. I’m not a fan of Seuing, Thompson, Gillis, etc…but at least you know that they will be steady contributors.

I have a hard time seeing the path for some. Like JHS is probably one of the most talented players in the league, but how many minutes is he going to play? He’s unlikely to be one of the top offensive options on a team with TJD and XJ.

Jett Howard I think will average double figures, but I think Llewellyn will probably play a more important role as a creator.

Skyy Clark I can definitely see the path, but he’s coming off of a major knee surgery and has been mostly out of action for a year.

So if Race is really a fringe top 20 guy, and JHS is a wildcard we feel good about between 25-30, and TJD is a top 5 guy and XJ is likely somewhere in the teens at worst.

Are we all still collectively down on Indiana relative to the rest of the conference and the preseason projections? Having 3 top 21 guys + JHS feels like it’s far ahead of everyone else.

I imagine Illinois has Skyy (HM), Hawkins (maybe?), Shannon and Mayer on there but none are top 5 like TJD.

Michigan will have Jett (HM), JL, Dickinson and that’s it?

Iowa will have Perkins and maybe McCaffery and Kris Murray. Don’t think anyone else will have 3. Michigan State might be lucky to have one (if Hoggard is on this list I can’t imagine @umhoops had anything to do with that)

Seeing it listed out the way it is makes me feel like IU has a much clearer talent advantage than everyone else and that the off-season hype is probably justified.

Kind of illustrates the gap/transition from offseason minute breakdown to KenPom page reality.

On my phone so hard to search…where were Caleb and Moussa on this last year? Feels like their trajectories aren’t much different than these other HM freshmen. Solid role players with upside but inconsistent and sometimes incompatible…and then draft picks.

This is a really good point because yeah, IU is going to look really good on this top 25 list. But the pieces do seem really clunky together. And when the “glue” holding it together is Johnson, it is liable to explode in any direction at any time.

It’s a preseason (not postseason) list. Caleb was 9th (too high in hindsight, he wasn’t AB10), Moussa wasn’t ranked (the right call).

Caleb was also ranked something 15 spots higher than any incoming recruit coming into the league this year.

We had McGowens in “also considered” last year but completely whiffed on Branham. We had Christie at 23 which was probably just about right.

There are also guys like Moussa (17), Tamar Bates (30), Trey Kaufman (44), Kobe Bufkin (46), Frankie Collins (47), Jaden Akins (54) that were ranked around the same place as guys like Clark/Howard/JHS (obviously not exactly but in the ball park) who didn’t come close to the list.

Think that kind of illustrates why freshmen are so hard to rank.

Yeah Indiana needs breakouts to happen where they aren’t exactly expected to. Tamar Bates could have a sophomore breakout and be a good shooting 2/3, but otherwise we’re looking for bigs (TJD and Race) to do things they haven’t ever done or to have freshman step Into roles where there are established players.