Figured we could talk about some other Big Ten teams… Couple of Big Ten players are out at Nike Skills Academy.

The top performers at the Nike Skills Academy will likely be populating preseason all-american teams.

Michigan State’s Miles Bridges is stupid athletic. He’s ridiculous. I’m not sure he’s a human. There are going to be a couple of Big Ten opponents that get utterly embarrassed by him this year. But … beyond the dunks, I’m just not sure how he is going to be able to score at that level.

Illinois forward Malcolm Hill might be the most underrated player in the country. The 6-foot-8 forward is what we call a bucket-getter. He’ll probably lead the Big Ten in scoring this season.

Some interesting stuff in there. I still am blown away that Alec Peters stayed at Valpo. Also interesting that the Morris/Hart/Peters squad beat the NBA squad…probably some serious trash talking going on there!

Also interesting about the doubts on Bridges. I just have a hard time seeing him struggling by the time conference play rolls around (other than the few stinkers that every stud puts up).

Finally, I guess Hill is probably the easiest choice to lead the conference in scoring (since he’s the highest returning scorer, right?), but my guess is it would be a hotly contended race. I could see Sanders or Jok scoring 20+ ppg given their respective squads as well.

Also interesting about the doubts on Bridges. I just have a hard time seeing him struggling by the time conference play rolls around (other than the few stinkers that every stud puts up).

Bridges has elite motor and athleticism, but I agree a bit about the comment regarding his offense. He’s not a shooter, but shoots a fair amount of threes, something that Izzo will probably try to remove from his game. Undersized four all the way in my book, will be interesting to see how MSU utilizes him.

Guess I should have clarified - I agree that his offensive game has weaknesses, specifically shooting. But I think your point about Izzo removing some of those ill-advised shots from his game is exactly why I have a hard time seeing him struggling in conference play.
One thing I don’t know that I’m sure you can answer…what kind of FT shooter is he? My guess is he’s going to the stripe a lot in that offense.

Blackmon at IU could be a scoring threat.

• The lone incoming freshman at the academy was Michigan State’s Miles Bridges, a 6’7" forward who was the No. 10 prospect in the Recruiting Services Consensus Index for the class of 2016. He has a college-ready body, incredible leaping ability—he and Blossomgame were the camp’s best dunkers—and he didn’t look physically over-matched when he was going head-to-head with the Pistons’ Stanley Johnson for one stretch of a scrimmage. But can Bridges be a star right away in the Big Ten? He’d have the highest impact as a basket-attacking, floor-running hybrid forward, but at the academy, he fashioned himself as a three-point shooting small forward—and he connected on fewer than 20% of his treys, with a knuckleball-ish lefty release. And Bridges’s description of his likely role at Michigan State was even more expansive; he said it “would be like what Denzel Valentine did last season, doing a little bit of everything, playing everything from the 1 to the 4.” Should be an interesting experiment. 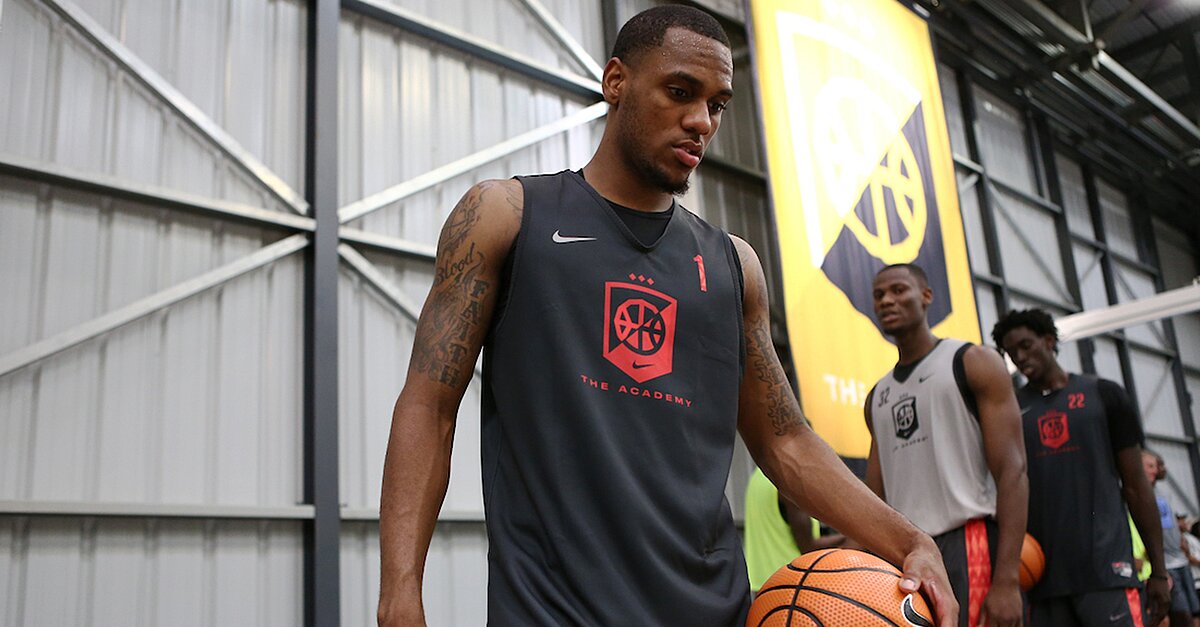 Which collegians shined at the Nike Skills Academy?

Which college basketball players shined at the Nike Skills Academy this week?

Starting to think about our top-25 players list… This year is tough at really any level, not many proven stars. Any thoughts?

In no order whatsoever:

It’s amazing how low the Big Ten is on star power this year.

I like the list. Other names I’d throw into the hat…James Blackmon, Vic Law, and (gasp) Mo Wagner

Re: Wagner…I know he doesn’t belong on a pre-season top 25 players list in this conference, but I do think there’s a chance he ends up there later in the year. I guess I should see if he’s even the starter before I go too far though.

I have a hard time even taking a stab where to put Michigan guys. They are all fairly established (other than Wagner), but what is their ceiling? Who would you rank top among UM crew?

I think Walton is actually the safest bet. I’d put his floor at 12, 5, and 5…and ceiling at 16, 6 and 6…numbers worthy of B1G recognition. I still think his Sophomore injury stunted his growth a little (no pun intended), and we might see a better version of him this year.

If Robinson makes the leap I expect this off season, I think he is in the top two. He may already be top two. But, you are right about the unknowns. MAAR could have a break out season, Donnal could continue to grow, Mo is unlimited in potential and no longer a freshman adjusting to everything. And how good can a healthy senior Irvin be?

Irvin is our best. He’s probably going to be team MVP for a 3rd straight year, which is pretty remarkable.

I’d love to be wrong about Zak/DW, but they have been given every opportunity to show signs of upward trajectory, and I have to say that I think what you see is what you get at this stage. I’m not sure the advantages they gain in opportunity/usage/minutes over other B1G peers is actually a good thing for their case to be ranked highly b/c they shouldn’t take as many shots as they do (esp those w/o a single pass) in a healthy offense.

Knowing everything we know, if i had to bet on one guy to be in the B1G top 5-10 for michigan at the end of the year, its Mo w/o hesitation.