Interested to see how this game goes. Couldn’t make it, and really wanted to. Davis and Bowen looked great last night in the loss to Saginaw. Bowen looked awesome on the glass. This will be a highly entertaining affair, glad to see we are represented. Monster talent on display.

By the way, Izzo was at the game last night.

Consortium pounding Arthur Hill at the half, 40-21.

Consortium pounding Arthur Hill at the half, 40-21.

Jackson put on a show, couldv’e made a highlight video with this game alone. This kid is definitely a one and done type talent. Really hope coach finds a way to get him, wow. 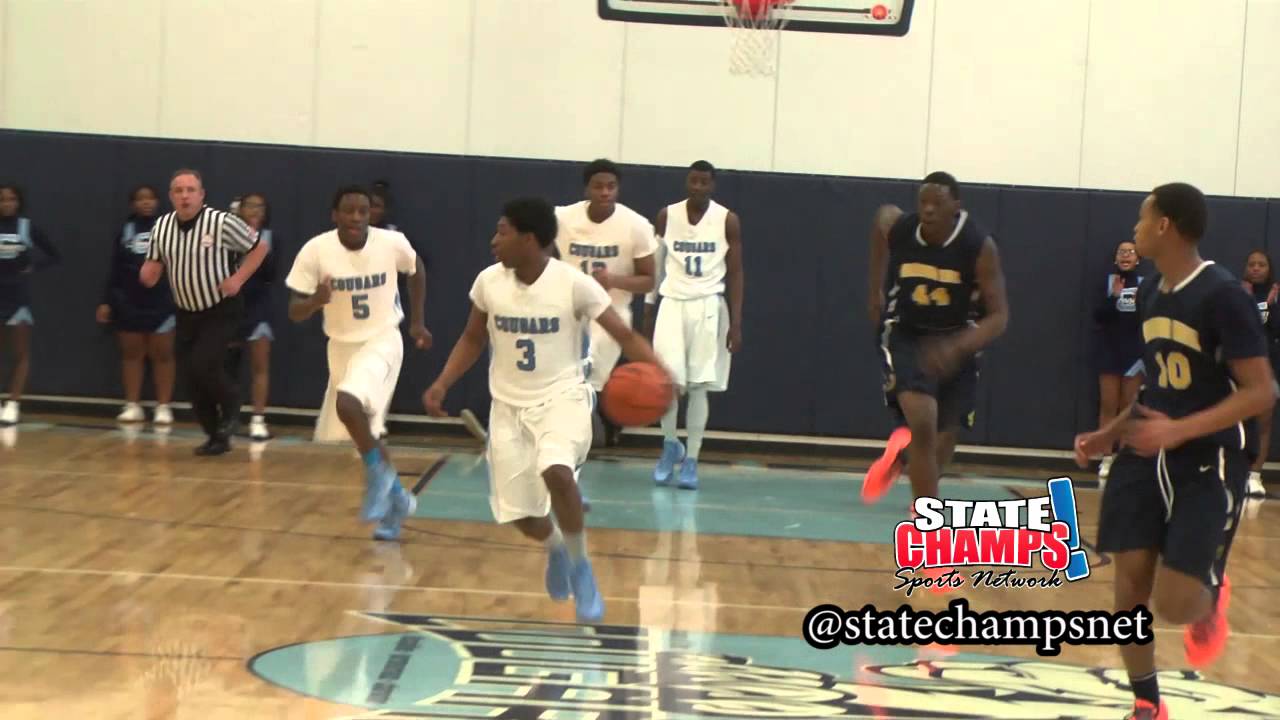 Josh Jackson had had 25 points and 11 rebounds in a 72-57 win over Saginaw Arthur Hill on Saturday. John Beilein and Tom Izzo were both in attendance. Class of 2015 Michigan target Eric Davis had 17 points in the loss for Arthur Hill. Watch...

Reality is this kid is the best player to come out of the Detroit area in years, he has everything you want in a Wing - superior ball handling, good shot (although release is low), length, and supreme athleticism. Haven’t heard much about his recruitment, as I think he’s played things close to the vest. I hope Coach B is putting the full court press on this kid, because he is the real deal. He can play the 1-3 with no problem in my opinion, and has the potential to be not just good, but dominant, in college. That being said, I don’t necessarily know if Jackson is realistic for us, seems like a one and done. Not that I wouldn’t like that, but doesn’t seem to fit a typical recruit for UM if history tells us anything.

We are in on 4-5 top 25 wings in 2016. Josh Jackson is far from a must get. If it came to a package of Battle and Thornton or Jackson, you go with the former.

While I agree with you for the most part, we were also in on 4-5 top 40 wings in 2014 and we see how that turned out. I agree though, you take that package if available as a priority. But please, let’s keep our options open.

Late last summer, Jackson was saying he was really interested in Kentucky. I think Davis is definitely more realistic…how’d he look?

Davis didn’t do much, faced double teams most of the game. Detroit had a good game plan against him, really forcing someone else to beat them, think he ended up with 17points.

Matt D - Jackson is likely going to be the #1 player in his class, maybe top 5 at worst. Those kids usually come with price tags. We don’t have any problem recruiting kids with one and done potential - Burke almost left after a year, so did Robinson and McGary, and Beilein has said he’s not opposed to recruiting one-and-done players if they are a good fit with the team.

But I think Jackson’s recruitment is going places we can’t go. The last Detroit kid who was ranked #1 in his recruiting class was Webber. And the last top 5 or so kid I recall was Traylor (probably around 5-10 in that class). I don’t see Beilein fostering the type of relationship with Ed Martin that Fisher did, and without that, I’m not sure either guy winds up in Ann Arbor. Nor do I see Beilein hiring Jackson’s high school coach the way Fisher did with Perry Watson to help land Jalen Rose. If Jackson doesn’t come to Michigan, I’m sure it won’t be because we didn’t put forth the effort to gauge his interest and recruit him.

Davis didn't do much, faced double teams most of the game. Detroit had a good game plan against him, really forcing someone else to beat them, think he ended up with 17points.

Thanks. I’ve watched very little film of Eric Davis so far, but maybe it’s time to take a look. Also, anyone know how Dozier’s rehab is going? It’ll be interesting to see how he does this summer. Hopefully the coaches are keeping in contact.

Apparently we are close to offering Kyle Ahrens…

Apparently we are close to offering Kyle Ahrens......

Don’t mind this at all. Ahrens is underrated, just as good if not better player than McQuaid from a skill and athletic standpoint.

I think Ahrens is fine, a poorman’s Kennard. McQuaid may have more physical upside in the long run but can’t bank on that. I think Brunson is going to be blue. We’ll have 4-5 scholarships, I’d rather us get ONE true big, slot Chatman at the 4 spot and go wing heavy with the other one/two scholarships.

One of the first times I watched King James play (two summers ago), I wondered why Ahrens didn’t have more offers. He’s big and strong and can slash and also shoot. Nice player, seems like a good fit for the Big Ten as well given how effective a physical wing can be.

Don’t think Michigan will offer him until after he’s back playing and recovered though.

I read stuff like this http://ncstate.rivals.com/content.asp?CID=1612003 and think we could have Eric Davis if we choose but he wants to be a PG and we aren’t sure yet. I wonder if Jalen Coleman is trying to go somewhere as a lead guard, too?