If we sum Baylor and Gonzaga as one bucket (yeah, I understand that changes the values but also would skew the UMhoops Baylor & Zaga number higher), we have pretty different values than what his constituents chose. I would like to think that we are less biased.

Feeling a bit silly that I just wrote these picks for an advertisement instead of betting them.

I know we are focused on the Michigan region (rightfully so) but any thoughts on the other regions? Does USC/Oregon have a chance to knock Gonzaga? Still alive in a survivor and would love your take.

I really like Dana Altman (as a coach more than person) and think he’s a hard prep in a tournament environment. Will they beat Gonzaga? Who knows. Can they? Maybe.

Whatever the Elite Eight is in the Midwest will be miserable to watch. Feels like Houston/Loyola and I’m not sure who I would pick there. I keep wanting to pick against Baylor but Arkansas or limited Villanova isn’t it.

Feel like you need a great front court to beat Baylor because their guards are so good.

Are we still feeling confident about our B1G ten team as the national champs lol?

Could USC or Oregon beat Gonzaga? Sure, Oregon has the wing depth to matchup with Gonzaga and USC has the elite athleticism big men Gonzaga doesn’t. But I definitely wouldn’t feel comfortable picking either of those two, I’d still take Gonzaga every game no matter who they played.

Baylor over Villanova seems like the easiest pick to me. Nova lost 3 of their last 4 games against Big East teams to Butler (with Gillespie), Providence and Georgetown. They’ve made the Sweet Sixteen by beating North Texas and Winthrop, two teams ranked below Providence and Georgetown by KP/Torvik. Guard depth was a problem for them before losing Gillespie, now they have to go against Jared Butler, Davion Mitchell, MaCio Teague and Adam Flagler. I think Baylor will win big.

Besides that Houston over Syracuse is the game I feel best about. Houston is just the better team in general, so the only reason to choose Cause over them would be you think the zone is going to mess with Houston. But Houston is the 2nd best offensive rebounding team and Syracuse it’s ranked around 300th in defensive rebounding. Seems like Houston will be getting easy 2nd chance buckets all day, should make it a fairly comfortable win for them IMO.

After watching SDSU and WVU struggle against the zone and Buddy rain threes, plus Houston look like dog doo against Rutgers for 37 minutes, I think Syracuse will win and I am a massive Boeheim hater.

I think Arkansas - Baylor will be a good game. Theyre 23-2 outside of a five game stretch basically without Justin Smith. They haven’t exactly played a ton of great teams, and knowing Smith from IU isn’t a great feeling being the second best player on Arkansas. But the few times I’ve watched them play they’ve looked like a solid team that can put up a fight against Baylor. 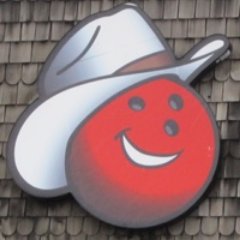 I am morbidly curious what this would look like if Rutgers had held on against Houston.