Beilein said he wants fresh ideas from the new staffers and he's putting a priority on hiring someone who knows defense.

Said that the final scholarship will not go to Spike Albrecht, which was difficult for him. But a reality as UM has no room for a 3rd PG

Beilein also said he wouldn't rule out more roster attrition/transfers at this point. As he said "Things happen in May"

Two names with the most buzz are Oakland’s Saddi Washington (runner up last time around in 2010) and Wright State former head coach Billy Donlon who was fired after winning over 20 games this year. Donlon was lauded for his defensive coaching ability (58,173,39,30 defensive ranks the last 4 years at WSU).

His previous 2 assistants knew defense. The better question for JB would be “will you listen to your defensive minded assistant coach?”

Who are the graduate transfers UM is still looking at?

When and where were these remarks made?

When and where were these remarks made? Sounds like Saddi and Bill Donlon are the favourites, also I wonder if Chris Hunter will end up on Lavall or Bacari’s staff? Lavall still has one position I think and Bacari still to be named.

Yes who are the other rumored grad transfers?

Thanks for your contribution, Bear. I feel like I could have written it for you.

So let me get this straight–you have been complaining forever about Beilein “ignoring” defense, we may be on the verge of hiring someone who had very good defenses and very bad offenses at Wright State, and your response is well, Beilein could still be ignoring defense because Alexander and Jordan knew defense too? I think Alexander and Jordan were great, and am happy for them that they’re getting the opportunities they’re getting, but how exactly does their experience prior to working for Beilein (since, of course, they couldn’t have learned anything they know about defense from Beilein who ignores it, right?) compare to that of Donlan as a HC or as an assistant under Brad Brownell, a recognized defensive stalwart?

With a roster ‘still evolving,’ John Beilein expects May to be ‘very interesting’ 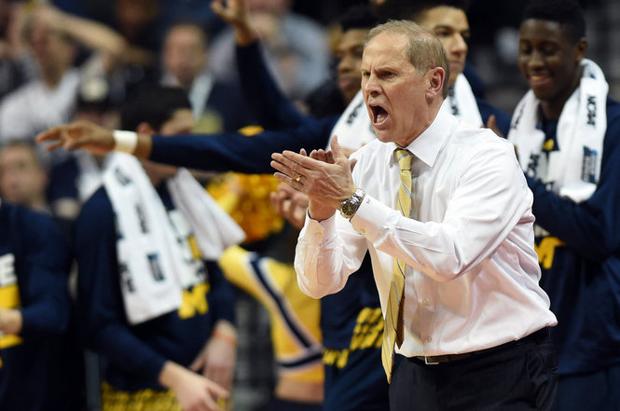 With a roster 'still evolving,' John Beilein expects May to be 'very...

According to Beilein, further attrition isn't entirely ruled out and the possibility of adding a graduate transfer or 2016 recruit is still stirring.

very interesting that it’s a completely different tune than a couple weeks ago. What do you think the chances of another player transferring is? My guess is it’s pretty high.

If another player is transferring, why are they waiting so long? Seems like it may limit their options for places to transfer the longer they wait

I hope it means a player is transferring here and not away. A lot of guys out there already without places to go. We need a SG who can contribute right away unless Beilein is confident Watson is that guy.

If JB continues to ignore his assistants pleas to work on more defense in practice, what does it matter what kind of defensive mind he hires this time around?

I would advise folks to resist responding to mpbear14 - it just means more posts from him, and you will never, ever “win” with reason.

My guess is pretty low.

I agree with you about not responding. But, one of the problems with this forum is that there are too many guys trying to “win” every discussion instead of just expressing their opinions and explaining their thinking.

Mp tends to know his stuff imo and I agree with him. He’s to rough on coach b though. I think coach b will rebound. The class of 17 will be huge imo. If we don’t infuse this roster with a lot of talent we could be in for rough years. I think the 16 class is better then he realizes and Wagner was a great get.

The problem is his 14 class really only produced maar. I see chapman as having a nice junior and senior year here. By nice I mean a solid role player. I think Dawkins would have been good in the end but we will see from afar. He should do well imo. I wonder if Wilson can figure out how to use his length and athleticism. If not it will be a huge bust of a class. Maar is a four year star in the making but besides that this class has to be a D in terms of grade. I see 16 as a b-.