I hear ya, but I don’t think Mathews will be here when Anthony would arrive, so how about we insert Iggy? I think that’s still pretty “sick!”

I think that’s very possible, assuming Anthony can play the two. And I continue to think 2018/19 may be Poole’s last year anyway.

But, Matthews feels so much like our Theo Pinson now. I just don’t see him as a first round pick–but given his age, he’s likely gone after next year anyhow. At least, it seems like that’s what he thinks and the coaches as well–everyone is planning on it. I hope for our sake he does breakthrough next year, and given JB’s track record in development + his performance in the tourney, it’s easy to be optimistic.

In any event, Anthony would be an insane add and the wildest story in Beilein’s recruiting career. I’m still leaning towards Bajema as our most likely 2nd addition to 2019 class–though it seems our coaches are still casting a wide net… 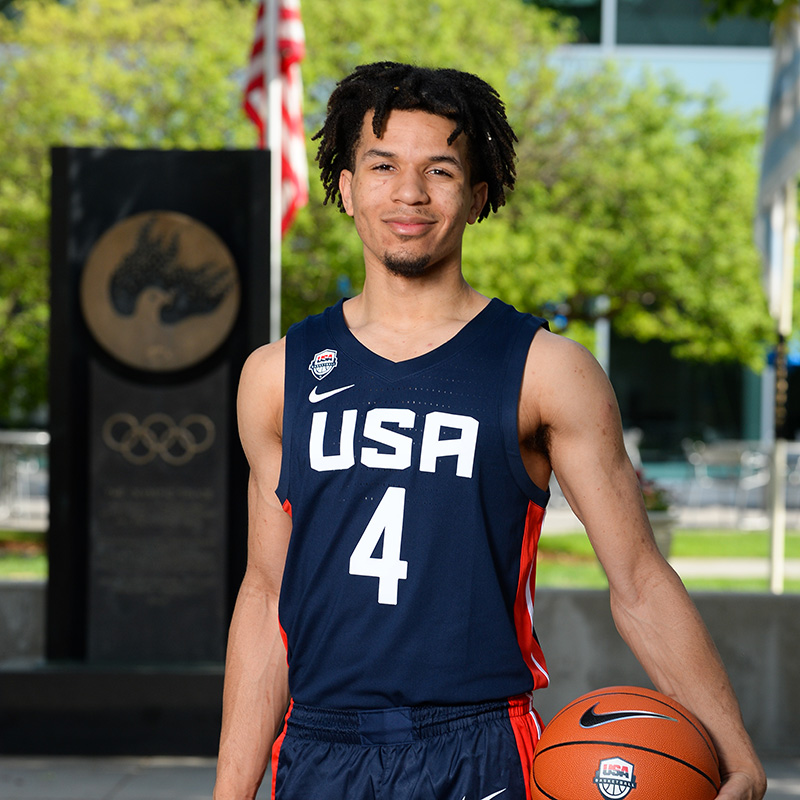 Agreed, with those top 10 talent guys anywhere they go (unless they sign with 2-4 other one and dones) they’ll be stars and start/play right away. Any who want to come To Michigan and play for Jb will be especially great because he’s a great coach and young men who sign with him are the ones willing to work and earn the time.

People say that, but it’s the rare freshman who joins an established, really good team and becomes “the star” from day one.

Right now, we have no idea what type of season Zavier Simpson will have in 2018/19. But John Beilein’s guys usually improve. Let’s say Zavier gets his scoring average up to 11/12 a game, continues to play outstanding defense, and the team has another very successful year. There is no way a freshman then starts over Simpson in 2019/20.

Would Anthony start at the two guard if Poole left early? Absolutely.

If Poole comes back, would we use various lineup combinations to find Anthony 25-30 minutes a game? Absolutely.

But he’s not going to come in, start, and be “the star” on a veteran team that will presumably return Simpson at the point, and then Iggy, Johns, and possibly Poole as primary scorers.

Or at least it’s highly unlikely. For that to occur, you need a situation like Trey Burke walked into in 2012, when Darius Morris left early, leaving a wide open job for Burke to win at the point, and the team really only had one other, consistently great scorer in Hardaway.

it’s the rare freshman who joins an established, really good team and becomes “the star” from day one.

There’s a phrase that I think came from Malik Hairston’s family that I always think of in situations like these.

“He’s going to Carmelo-ize the situation”

It worked for Carmelo Anthony, it didn’t work for Malik Hairston. Maybe it will work for Cole.

Yes, it’s rare, but it’s also rare to get a player of his caliber. I could never imagine a Carmelo, Durant, Anthony Davis, Kyrie Irving, John Wall, Lonzo Ball, etc. coming off the bench. No way, no how. Cole Anthony will be in college one year and then a lottery pick competing against the best of the best in the NBA. Love Z, think he will be an outstanding college player his senior year, but he isn’t in the same stratosphere.

We aren’t talking about a 5 star player that is #20 overall like DJ Carton. We are talking about a guy who may be the top player in the country and who Jerry Meyer called the best prospect he has scouted in 15 years.

People say that, but it’s the rare freshman who joins an established, really good team and becomes “the star” from day one.

If you’ve followed Anothony at all before Michigan became a known pursuer, you’d know that Anthony will go down as one of the best ever in the EYBL. Stars in the EYBL almost always turn into major successes next level albeit for 1 year normally. And many top scouts from Rivals and 247 have said he’s one of the most dominant players they’ve covered ever. I’d be willing to wager right now that Anthony will be a star as a freshman wherever he goes and will be a successful NBA player immediately. He’s not a typical run of the mill high school player

THIS. I think people overestimate Zavier Simpson when debating his role up against future McDonald’s all American freshman point guards. Cole Anthony is a whole different level than Carton but it’s not like Simpson is a first team all big ten point guard.

Take any elite 5 star freshman point guard the past few years and they would start over Z right now. JB tried to give the job to Eli Brooks last year…

We’ll see. It’s not a question of his talent, which is no doubt elite. As a coach, you have things like team chemistry to consider, and also we run a fairly complex offense that he would need to learn and master.

I have no doubts he would play a lot, and probably start at the two guard. And if Zavier doesn’t improve any this year, then sure, I could see Anthony getting the nod. But if Z continues to improve (11/12 a game, improves his shot, defense is still elite), and we make another deep tourney run, I have a hard time seeing him lose his job.

It depends on how you define “better.”

Coaching is not just about putting the guys with the most raw talent on the floor.

Z is an elite defender, and has now had a full year under his belt running the offense. Again, my hypothetical was, if he improves to the point of being an 11/12 point per game scorer, and if the team has a deep tourney run. If those two things happen, he’s not losing his starting job as a senior.

I don’t agree with that. At the start of last year, sure. At the end, I don’t think so.

But either way, my argument assumes Z will improve a lot this year (like most JB players do), and the team enjoys another deep tourney run. That’s a completely different scenario than the one you pose.

I don’t think how far we go or don’t go in the tournament, has that much influence on any player’s future status.

So you think DeJulius and Iggy have a good shot of unseating Simpson and Matthews as starters this year, then, if they just play a little better in practice?

If you’re a starter and key player on a winning team - especially one that advances deep into the tourney - coaches value that.

Iggy and DeJulius are not transcendent recruits like Cole Anthony is.

Cole Anthony might start for an NBA team in 2019-20 if the rules didn’t prevent it. He’s very good. He’ll start and be a focal point of the offense wherever he ends up.

Multiple point guards can play at the same time and guys can play out of position, but this is about Cole Anthony, not about anyone’s roster. (Different situation than DJ Carton, I’d add, Carton is a very good player, but he’s not on the same level as Anthony).