Yeah I’m guessing the stat keeping was not really keen on logging every assist. (An important reminder about a lot of these summer stats…)

Against Cade Cunningham and Greg Brown, this one may explode out of our reach 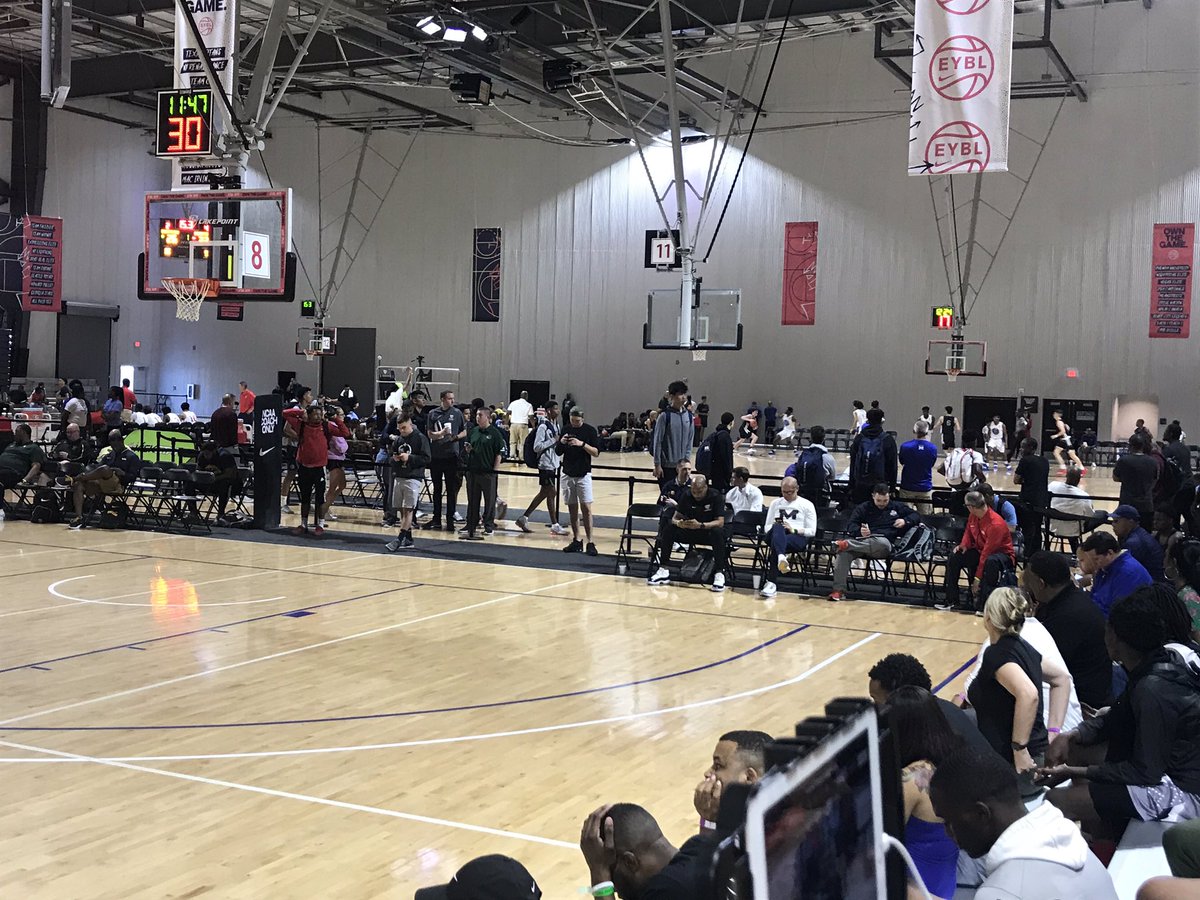 Watched it live. He and Cunningham both played great. I think Abdur-Rahim is looking like he’s closer to a 5 star than a mid level 4 star. At the minimum a top 35 type talent.

I’m spending the live period at the #UAA in Kansas City where I saw a potential priority Pac 12 post, see a battle developing for five-star Jaden Springer and more in my Friday night takes basketballrecruiting.rivals.com/news/under-arm… https://t.co/wHdbqcp6XN 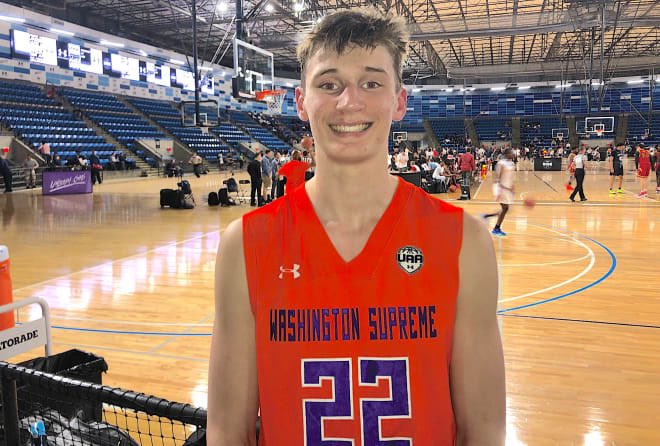 Mentions Zeb Jackson for the 2nd straight week. Also mentions Jaden Springer, although I think he forgets that Michigan is recruiting Hyland, who was playing Springer.

Didn’t watch but figured he might see his stock rise considering he was injured last summer. Think he might be at the top of our realistic list but might get much harder/out of reach with the blue bloods. Hopefully get him on campus soon at least.

He’s spoken very highly of Michigan and his family values relationships. It sounds like the relationship he has built with the staff is as strong as anyone’s. He’s said they’ve recruited him the hardest of any school by far. And the interest in him has gone on for well over a year. I agree I think he’s probably towards the top of realistic targets but his recruitment could and I think will become very hotly contested going forward. I think Loveday is another very realistic target that’d be a very good pickup. He’s got a very hotly contested recruitment as well but I don’t think his will reach blue blood level like Abdur-Rahim.

HUGE fan of Jabri’s game. Really like most of the 2020s Michigan is in on. Morton, Burnett, and Abdur-Rahim are three of my favorites. It’s a shame I can’t imagine they, a, land all three, and, b, would make up a pretty guard-heavy class along with Zeb.

Is there a running ‘Beilein Tracker’ as well as just the normal sightings? IIRC, I’ve got:

Jackson (committed)
Morton
Abdur-Rahim
The Family (in general, anyone in particular?)
Hyland – 2019

Have I missed any?

Hope your right, he would be a huge get. Alsoassume we will see some new guard and big targets emerge as it seems like most of the new targets so far are more wing types. Besides Loveday and Kessler not much has been discussed especially since we are really going to need one.

Beilein at EYBL today so he will watch a lot of players. There’s a lot of talent under one roof in the main gym at an EYBL weekend so I’m sure he’ll be bouncing around.

TJ tweeted that Beilein as watching The Family 17s this morning, not just the 16s, presumably to watch Carlos Johnson.

Seems like day 1 at UAA, day 2 at EYBL and then I bet he jumps over to Adidas on Sunday to check in on some targets there.

I saw Izzo and an assistant there earlier and it looks like Haynes is there now. Didn’t see him earlier. Scooby looks very stiff athletically in this game. 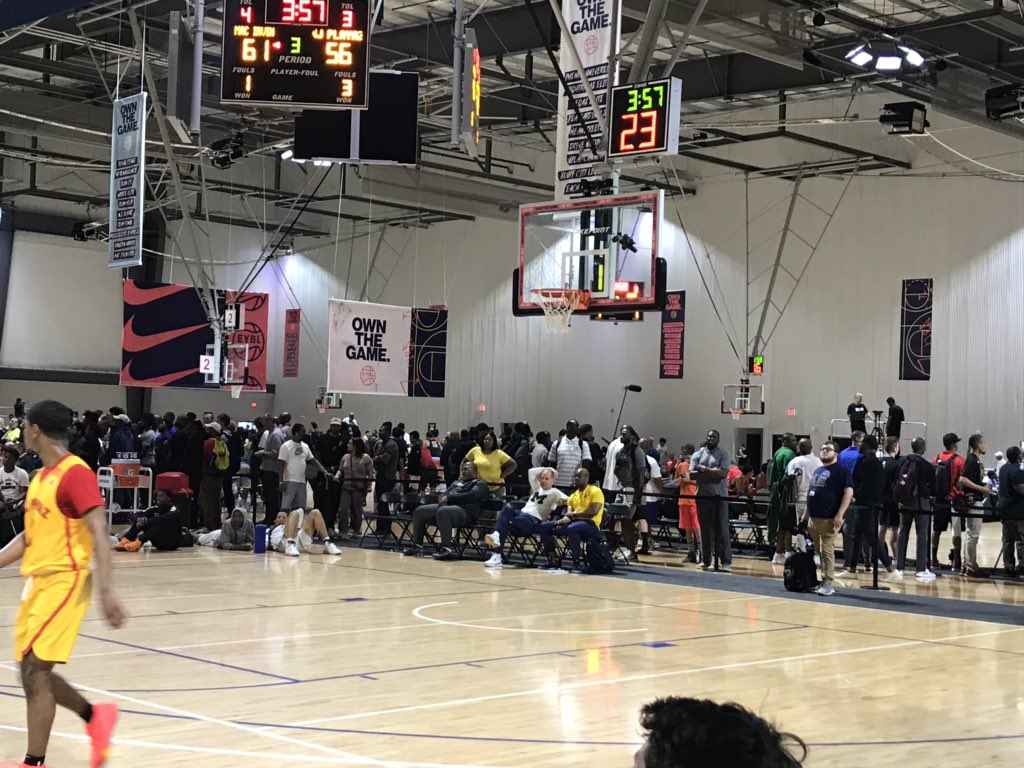 He’s strong as a ox, shoots, rebounds and passes very well though. Decent defender on bigger wings and stretch forwards. Not a guy I’d want checking pure perimeter guys though. Personally I’d take him in a heartbeat. He has it up in the head better than most which makes up for being a little stiff and not a insane leaper in my opinion. Winner too.

Matt Nicholson played very well I thought too. Will never be a high level scorer but he did a great job passing from the post, defending around the rim/being a presence down there and rebounded. Could be a high level glue type big man in my opinion.

John Beilein, Tom Izzo along with Xavier here in the front row for The Family and 2021s Jaden Akins, Pierre Brooks and Kobe Bufkin at EYBL Session I. https://t.co/pefuf1vpd6 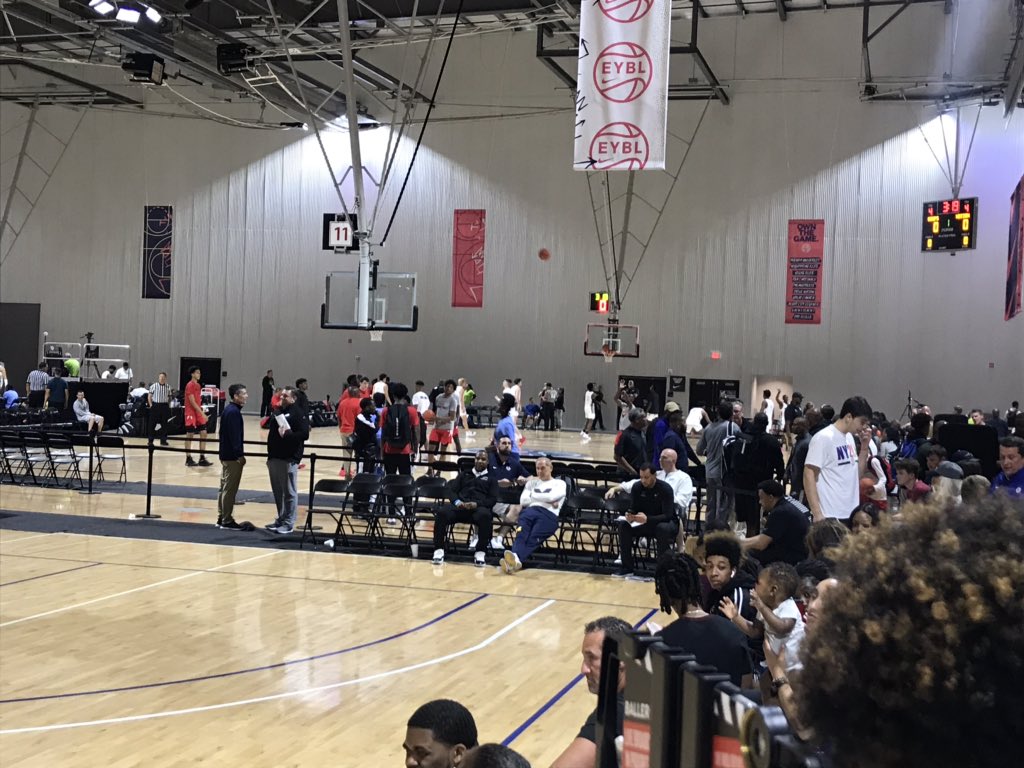 Yeah this one is going blow up fast, hopefully he takes the planned spring visit