After alot of time and consideration I have narrowed my list to these 6 final schools. S/o to @jrein44 for the edit! https://t.co/rexZCtxAES 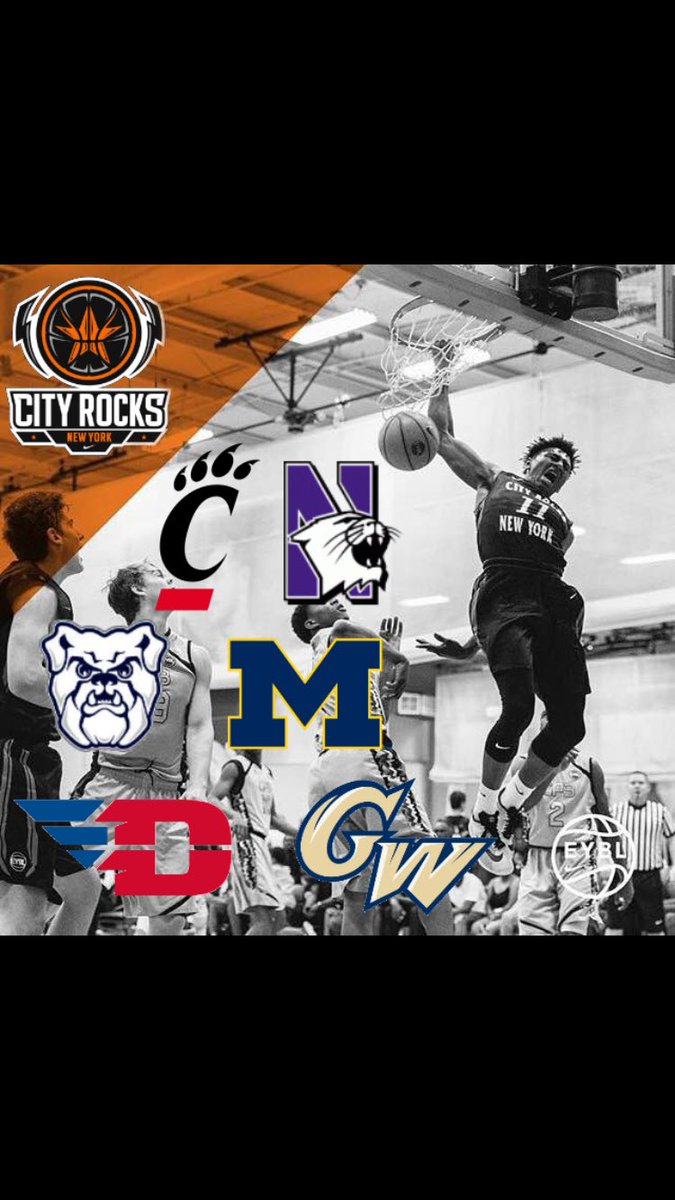 Anybody have a link to Gaines film?

City rocks has a bunch of interesting kids Imo. I’ve posted it before but I’d prefer his teammate hameir wright, but apparently he’s going to 2018 class and we never came up in his recruitment. Perfect four for our system.

Either way I’ve found film of Gaines hard to find but I did catch parts of multiple games they played in. He can jump pretty high and he plays strong while being very tough to the basket. He’s a great rebounder. He puts up nice numbers.

I know we were mentioned with him once but Im surprised he listed us. He seems like he’d be a fall out plan for us. I bet he’s more interested than vice versa. I’m intrigued to see if we really are recruiting him hard.

Also I’d like to mention he’d be the perfect player stylistically for Dayton and butler. I could see him going there and thriving. This is also interesting because he’s not a normal wing that belein recruits at all. First off he’s only 6 5 max. More like 6 4. He never shoots threes. He is a very tough defender though. We’d be better off pursuing eastern harder honestly. He’s really good in areas weve lacked over the years but that’s why we got Mathews. I wonder the validity.

As for video new recruit media does all the city rock and it seems like up state New York profiles. I just saw on their website they will be releasing his highlight tape very soon.

Some footage from Peach Jam of Anthony Gaines

Class of 2017 forward Anthony Gaines trimmed his list on Wednesday night and Michigan made the cut. We put together these highlights of Gaines in action at the Nike Peach Jam in July.

So is he more like a MAAR type players? 6’4" east coast kid, low ranking, attacks the hoop, tough defender, not a great shooter.

Keep the options open coaches…never know what attrition will happen in the spring.

Has he visited campus?

He has not. I think he’s a pretty clear Plan B at this point–behind all of Jackson, Bowen, Wilkes, Young, Eastern, Livers, Smith and Cain–but a guy they think is good enough to be a possible take if they don’t get 2 of those guys. My guess, and this is strictly a guess, is that they may play him the way they played Lucas and Aiken at PG last year, i.e., set up an October visit so you keep him potentially interested, while figuring you’ll have clarity by the time he’s scheduled to visit and you can either go ahead and aggressively recruit him or cancel the visit as need be.

Personally, after viewing those limited highlights, I’m left wanting to know his actual size, which has been listed at everything from 6’4" 180 to 6’5" 225. I’m more interested in him if he’s the latter–he’s much more a forward type than a guy who can play guard, especially in a Beilein system.

Gaines is visiting butler in September. Any word if he’s a real target other than that post where we were in his final five?

I would bet they’re holding out for a better prospect. Haven’t heard a peep since Livers committed. They can afford to hold out for a 5*.

I agree. We have a roster set up for '17. Taking someone other than Bowen or Jackson, at this point, would be a mistake imo.

I’d take him. There’s something about him I like. Besides the fact that he puts up big numbers on a solid team. I like the idea of Brooks Poole, Gaines, Mathews, livers. That’s a very athletic class with a large range of skills. Plus it gives us another plus defender/ slasher to go with Mathews.

I’d take him if we strike out on any 5 star. Something tells me he’s going to produce wherever he goes. Plus he’s got that odd skill set that’s rare and can cause teams problems. He scores on a lot of put backs and drives. He likes to use his strength to post even sometimes and get crafty little baskets around the rim. Really we can’t go wrong here even if we bank it. I just think his style is interesting and rare and could bring another dangerous element/ versatility to our future roster. Just a thought.

I could really see him as a perfect fit for butler. He’s the exact type of kid they add and thrive on. He’d fit their offense wonderfully and they’ve actually had kids just like him before. I’d say he’s a more athletic Roosevelt jones actually. That goes for Kyle young too. Both of them are perfect fits for butler.

I’d much rather just save the scholarship than use it on Gaines.

Gaines interest is intriguing. He’s a tweener for sure… Kind of a forward in a guard’s body, but would bring some toughness and ability to play multiple spots. Similar to Cain in the sense that I don’t really know what spot he’d play, but he’d add something.

Just don’t see how you can like Gaines and not Easley. Similar in the sense that they’re both tweeners, with Easley having more size and skill.

I’ve only seen Gaines play once live, so caveats apply, but I just don’t see anything he could do that translates to UM. We’re talking about a 6’4 power forward that has very little skill.

Good defender, good at getting to rim and he just finds ways to get it done. Athletic guy. I get the critique but there’s something about him that leads me to believe he will be successful

I love motor, I truly do. But we’re basically talking about Zack Novak minus the skill and a little more strength.

Was watching some film of him this morning. He’s not tall, but he has great bounce and motor. My only question is obviously his shot at that size. Can you have two wings on the roster that can’t shoot from three? Is he a for sure take? I’m not sure, it really depends where they think he’d play.

FWIW, Gaines has 3 officials set right now and none to UM. Will be interesting to see what comes out of Beilein’s visit.