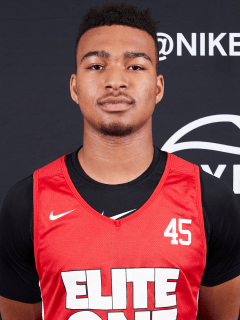 Blessed to receive an offer from The University of Michigan, thanks to Coach Juwan Howard, Coach Saddi Washington, and staff at Michigan. #GoBlue 💙💛 @JuwanHoward @saddiwashington @umichbball https://t.co/qiUrb1S4Rq 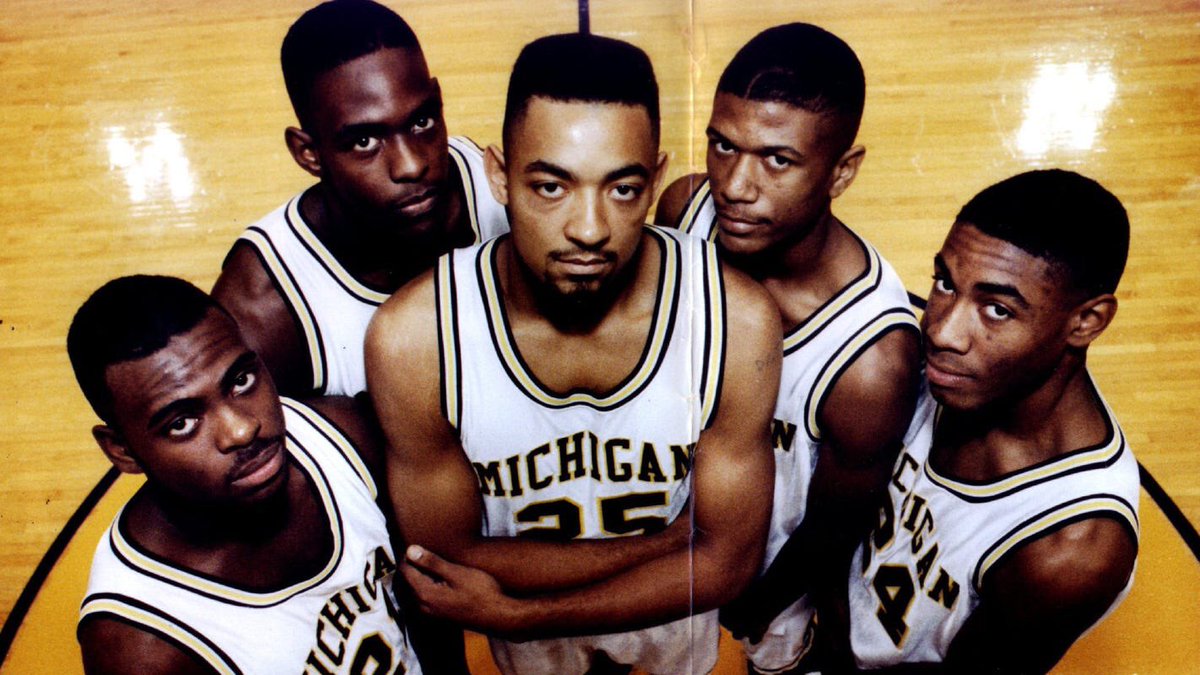 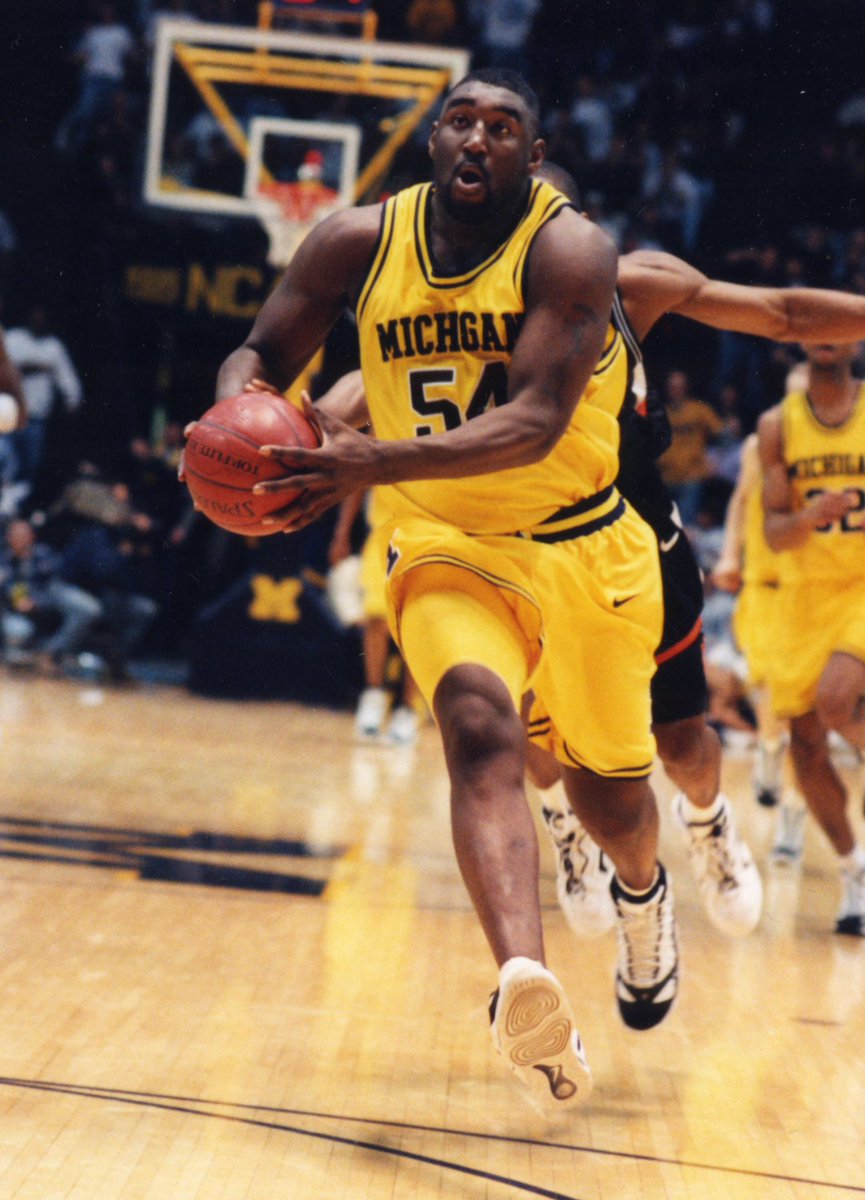 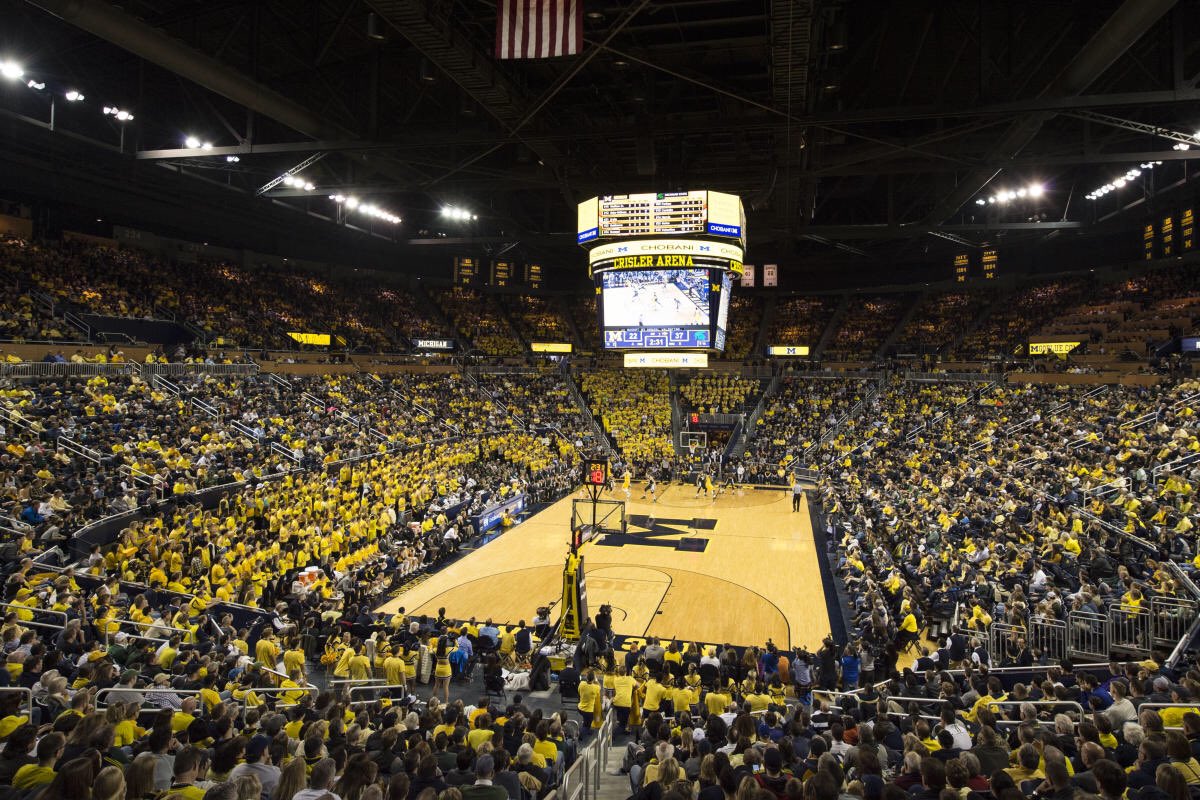 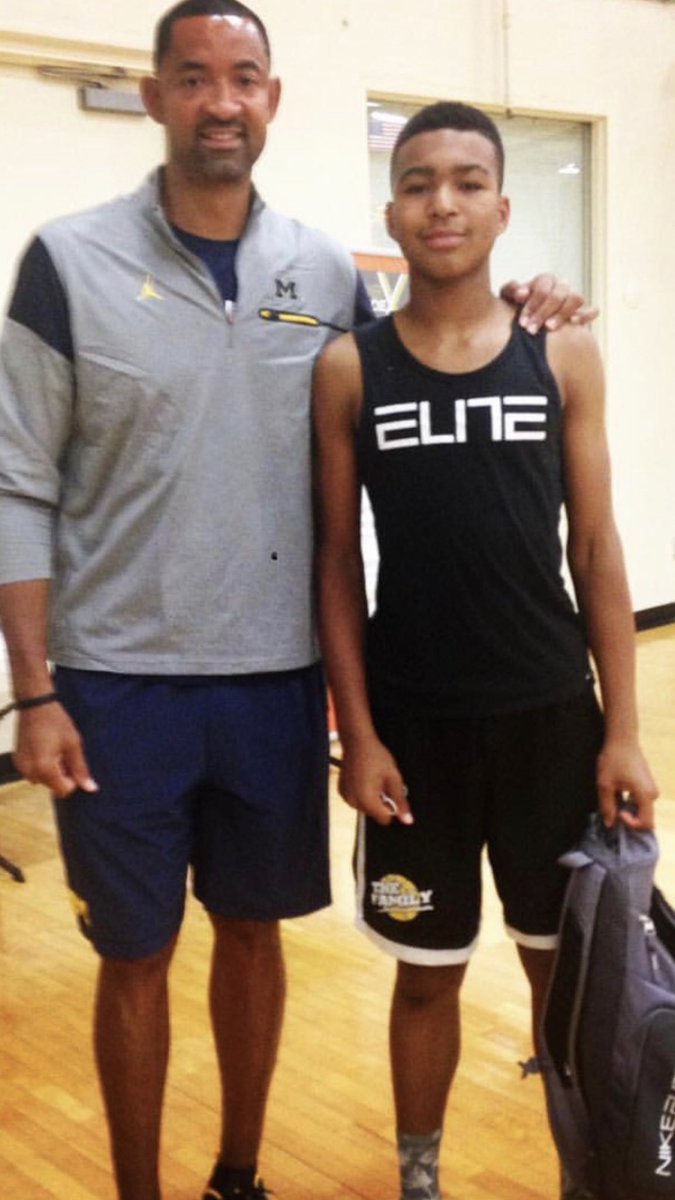 Brooks throwing in a Tractor Traylor photo with the Fab Five shot makes me like him a ton.

I get all the in state guys mixed up. How do we feel about him in comparison?

I go back and forth between him and Akins. Brooks is bigger and has a higher floor. I kind of like Akins potential more. But Brooks is purely a shooting wing whereas Akins is more of a combo guard. I like both of them as prospects though. And there’s more of a need for a shooting wing so Brooks makes sense.

2021 EM 4️⃣⭐️ Pierre Brooks picks up Michigan Offer on the heels of fast start to junior campaign. Versatile 6’6 prospect is a matchup nightmare that scores from all areas of the court. @nba_pbj https://t.co/ZUhaIJiQvw 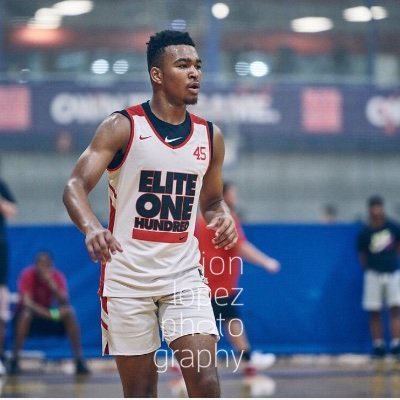 If somebody tweets Pierre Brooks is a beast I will LMFAO. He may be the greatest b-ball player ever but he can’t way more than 140lbs. I think you should, by law, have to way at least 250lbs to be referred to as a BEAST

That’s an old picture with juwan. One of Pierre’s “pluses” is that he’s supposed to have a college ready body. The picture in MattD’s tweet is a better depiction of what he looks like now. His Rivals profile lists him at 200 lbs, which is great size for a HS junior.

140 pounds??? He’s definitely a strong kid, that’s one of his strengths.

Doesn’t even look like the same person lol. I’ll take a 6’6” wing that can shoot. That’s a big need.

The 2021 class is the most talented crop of perimeter players the state has seen in quite some time. Let’s take an in-depth at look at some of the notable names below. Jaden Akins (Farmington HS) Physical Profile: 6’3 with shoes, 6’5 wingspan...

Physical Profile: 6’6 with shoes; 6’7 wingspan
Position: Wing/Forward
Scouting: physically developed and versatile prospect that is a mismatch nightmare; solid handle with ability to blow-by bigger defenders on the perimeter while strong enough to back smaller defenders down from the mid-post area before using lethal step-back from 15-18 feet; rapidly improving jumpshot that is becoming a consistent weapon from distance; known as a scorer but has recently flashed some ability to playmake for others in pick and roll; solid rebounder capable of defending taller players based on strength; likely day 1 contributor at next level

Video of him (and a scouting report from @BP3) in this post. I should have the 2021 profiles up on the site soon. 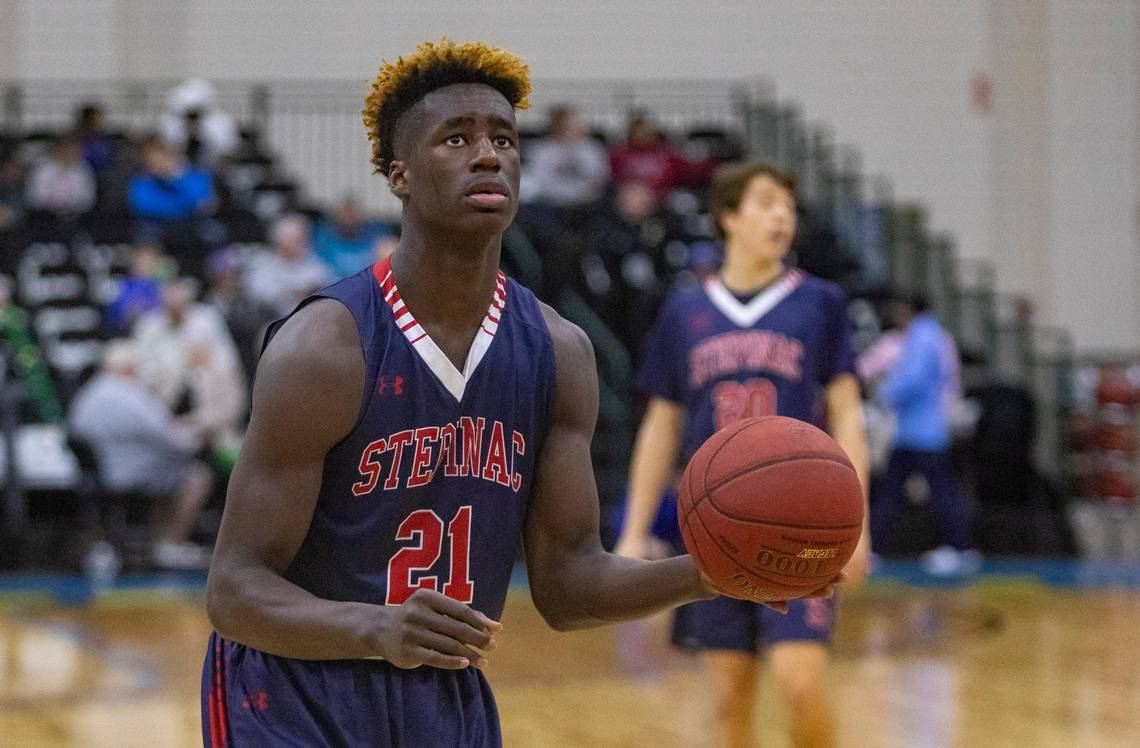 Saturday was the first day that college coaches could contact class of 2021 prospects directly. Coaches across the country were working the phones starting at midnight and extending new interest and offers. Michigan’s new staff was active throughout...

From the Nike Elite 100 in June I believe he was listed at 205 or 210 pounds. That picture in his tweet must’ve been from at least 3 years ago. One of Pierre’s biggest perks is he’s physically way ahead of the curve for his grade. He abuses guards and bigs alike.

I was trying to watch some Brooks film on YouTube… How do people watch the film from the baseline? I can’t watch it for more than a minute without it driving me nuts. Makes for cool highlights on dunks I guess but I can’t handle watching it. Maybe I’m just getting old. Only 2021 kid from Michigan I’ve seen in person is Julian Roper. Good athlete, did most of his damage in transition, mostly off turnovers. Ball was in Bowman’s hands and rightfully so in the half court. Roper has a cockiness about him (some will love it some will not). Would like to see a little more of what he can do as a creator with the ball but that’s just not what he was asked to do. On that note, Bowman has played very well most of the time I’ve watched him. Kind of reminds me a little of Cassius Winston. Not an elite athlete but just finds a way and knocks down shots and be productive. Not as good as I remember Winston in HS but a very nice player. I can see him being a very solid 4 year guard at Wisconsin.

I was trying to watch some Brooks film on YouTube… How do people watch the film from the baseline? I can’t watch it for more than a minute without it driving me nuts. Makes for cool highlights on dunks I guess but I can’t handle watching it.

Saturday was the first day that college coaches could contact class of 2021 prospects directly. Coaches across the country were working the phones starting at midnight and extending new interest and offers. Michigan’s new staff was active throughout...

His jumper looks a lot like Zak Irvin’s shot mechanics by his senior year at Michigan. I don’t know if that’s a good sign or not. I was much more impressed by Roper’s highlights, to be honest. Hope to be wrong of course if he comes to Michigan.

Re: the old photo with Juwan. How old could that possibly be unless that was before Juwan took the Michigan job?

Brooks legit looks like a pre-teen in the photo with Juwan and a grown man in his twitter profile picture.

It was probably before Juwan took the Michigan job. Juwans kids play on the aau circuit

Juwan has also been on U-M campus a few times, he’s been at all different events. Almost every kid we’ve interviewed met him sometime before at some point in the hoops world.