Some notes, links and scouting reports from this weekend

Michigan commitment Jordan Poole had his summer coming out party over the weekend in Hampton, VA. Poole had his best weekend on the circuit this year with several big time shooting performances. 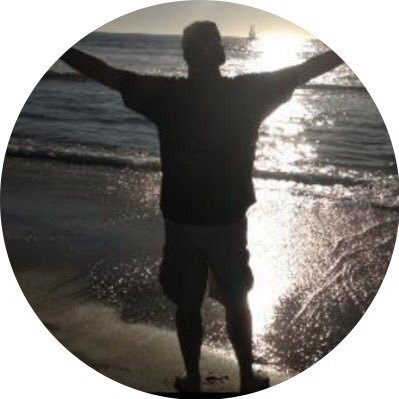 Coaches just watched these guys two weekends in April. Is the offer coming because it took that long to decide or saw a big EYBL box score?
silverblue May 16, 2016, 7:17pm #1935

Thanks, MattD. You’ve become a voice of reason on this board!

I sincerely hope that there is mutual interest in Kimani Lawrence. He would be an outstanding get.

Me too, he was always a guy I hope we went after along with teammate Jermaine Samuels. Highly ranked guys (top 50) who never had really impressive lists.

Only thing with Lawrence is he had a foot injury that I believe required surgery.

I sincerely hope that there is mutual interest in Kimani Lawrence. He would be an outstanding get.

Perhaps watching Jordan Goodwin as well, was looking at Saddi’s Twitter account and noticed he was following Jordan.

Highlights I put together of Donnie Tillman vs. Indy Heat over the weekend

Endless Motor Sports was on hand to witness Donnie Tillman (17/Oakland Soldiers) continue his impressive spring on the EYBL Circuit in Hampton for session 3. The 6’7 combo forward had an impressive weekend, averaging 14.3 points, 7.3 rebounds, and a...

Jackson mentioned Beilein explained to him that he didn’t hear much from him during the season because Beilein concentrates on the players that are currently playing for Michigan. That’s a pretty damning statement. Recruiting has to get better but I don’t know how much better it can get with this type of attitude.

I’m not in love with it, but it is important to at least include the whole quote from Jackson. Here it is:

“I didn’t talk to them as much during our seasons because, as Coach Beilein told me, he focuses on the players they have during the season,” he said. “I love their system and their style of play. Coach Beilein is a great coach, so that was no problem to me. If I went there he would focus on me, so what he’s doing is fine.”

The contact has been much more consistent this spring, he noted.

“They told me they don’t offer just anybody, so they must have seen something,” he said. “I liked it there, saw a practice and a football game. I really like the environment and the fans, and I really like the freedom in the offense.”

Again, I think Beilein needs to call more. To some kids, it really matters. I’m not sure it does in this case. And I’m not convinced that he won’t change, given new assistants and the recruiting struggles of the past few years.

That’s fair maybe it should have it’s own topic and yes it is dedicated towards a 2017 recruit. I just have a hard time understanding how a coach can have this type of attitude to recruiting during the basketball season and certainly staying in touch.

Matt, I may have missed it, but have you had a chance to see much of Isaiah Livers live while at eybl? I’ve only seen tape, and limited tape at that. He seems very fluid and bouncy with some perimeter skills–not the athlete Tillman is or the shooter Young is, but a good all around player. While I hate to bring up this name (one of my five least favorite Michigan players ever, and he’d be battling for the top spot), he looks a bit like Mo Taylor–not as big or talented (Mo did play in the NBA for almost a decade), but that kind of game.

If you’ve seen him much, how would you evaluate Livers vis-à-vis Tillman and Young?

I guess the real test is if Jackson would commit to Michigan. I have no doubt that other coaches during the year kept in touch more with Jackson. Can Beilein make up for not keeping in touch with a recruit over 5-6 months? It’s not like he’s the only coach concentrating on his team during the year but those coaches I am sure called more than Beilein. I think the other issue is I don’t believe this is just the line of Beilein not kissing ass, this is actually keeping in touch with a player.

I guess we will see how 2017 turns out by with a comment like that, limited amount of offers out there I am not sure things are necessarily changing at this moment.

I’ve watched Livers passively in a few games. The first thing that stood out to me was his midrange jumper, very good elbow shooter. Not an athlete on the level of Tillman in terms of strength and verticality, doesn’t have the range of Young, but looks like he could be a decent college player. I’d say he’s an above average athlete, that is pretty fluid, average rebounder, good midrange jumpshooter. Definitely think he’s worth maintaining interest with.

That’s fair, though given Jackson’s ties to the DC area and the fact that he’s blowing up this spring, it’s possible that JB could have called every day and still not signed him. Still, he’s handicapping himself which I don’t think is a good thing.

I don’t equate few offers with not calling enough. The latter, I think is a clear weakness. The former I think is a straw man. Let’s face facts–even those of us who strongly support Beilein recognize that he’s not a charismatic recruiter, especially in non face-to-face situations. Showering offers would, IMO, take away one thing he does well in recruiting–force recruits to spend time with him one-on-one on campus where he’s good–and put him amongst a ton of coaches making offers without developing relationships, where he’s bad.

DC area I get, but how is “blowing up” indicative of not coming to Michigan? Is Georgetown suddenly a better program than U-M? It’s not 1985 (although in 1985 Michigan was an elite program as well).

Anyway, as you say, nothing justifies handicapping yourself by not calling – especially since he’s one of just three guys holding M offers.

Blowing up means there may be more competition from other top flight schools in addition to Georgetown and Maryland, not that it would help Georgetown or Maryland.

“I didn’t talk to them as much during our seasons because, as Coach Beilein told me, he focuses on the players they have during the season,” he said. “I love their system and their style of play. Coach Beilein is a great coach, so that was no problem to me. If I went there he would focus on me, so what he’s doing is fine.”

I think you HAVE to include this whole quote if you are going to comment on it, so thank you for providing. The first sentence is damning, and the rest is reasonable and almost endorsing.

I think @MattD has given us enough insight that the kids truly do care about being courted (no pun intended), and I wish JB or assistants would stay in contact throughout the process, if for no other reason it keeps us on even footing with those that are reaching out more. But seems to me, if we don’t land Jackson, this would play a VERY minor reason as he seems to respect our program, style, etc. That’s what I read into it at least.

So here is a case where UM offered early, like many here have complained that Beilein doesn’t do enough, and yet he hasn’t committed. So, I guess giving out offers early isn’t a magic bullet either.